A Slew of Atelier Ayesha Plus Screenshots

New screenshoots have been released of Atelier Ayesha Plus, the enhanced Vita port of the PS3 game.  These screenshots show off a variety of things, including the battle system, characters, locales costumes, and more, so if you're looking to see what this version has to offer, these shots are a good start!  Take a look at them below.

Atelier Ayesha Plus, like its Plus predecessors, will include the DLC from the PS3 version along with a Hard difficulty mode, a new boss battle, and a panel system where after completing certain tasks through the game causes these panels to flip over resulting in a reward.

Atelier Ayesha Plus arrives March 27th in Japan, with no announcement of a Western release.

Atelier Ayesha Plus is set to release in Japan in March, but there's no word of a Western localization yet. 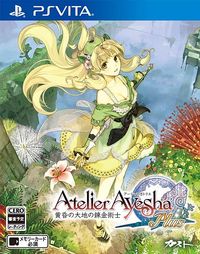