Class of Heroes 2G shows off its dual screen gameplay

Earlier today, developer Gaijinworks posted a video demo showing off the unique "Dual Screen" feature that will be present in the localized version of Class of Heroes 2G. It's basically what I would imagine what this game would look like on the WiiU - you can play the PS3 version off of your Vita/PSP, while the Vita/PSP screen displays all of the different menus, maps, pertinent info, and more. It's also easy to see the nicely-improved visuals that come on the console release with the bump in resolution.

Producer and Gaijinworks head honcho Victor Ireland had this to say about a possible physical release for the titie: "There will be a poll soon on the main page of the Gaijinworks web page.  If enough interest is there to support a one-time run of physical copies, there will be one. The threshold is higher because the royalties are much higher on PS3 vs PSP, but it's still a tiny number relative to PS3 sales. The poll will run for 30 days. Keep an eye out for it!?" 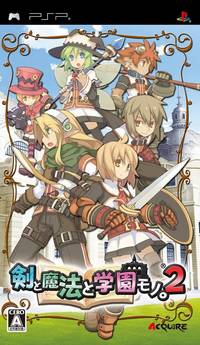