PlayStation Vita futuristic action RPG Freedom Wars  releases in two weeks in Japan. In preparation, Sony Japan has released a bit of footage showing off gameplay, cutscenes, and several of the title's systems. Take a look here! The game's western release is set for later this year, but no hard date has been announced. 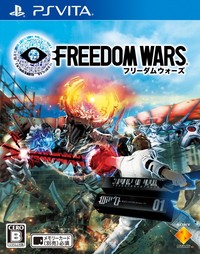