Square Enix will launch Final Fantasy Type-0 HD on March 17 in the US, according to a Game Informer report (since pulled).

The nugget of info was mentioned as part of a story announcing that the game would come with a demo of Final Fantasy XV next year, focusing on early parts of the game.

No such news yet on a European date from Square Enix, but chances are the date for that will likely be three days later on March 20.

A HD Type-0 was announced last year at E3 for PlayStation 4 and Xbox One, with fans demanding for a western release since its original launch on PSP in Japan in 2011. 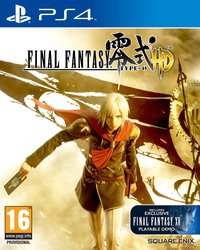