It sure feels like the former employees of Square Enix are making some big announcements lately. The next in line is with the upcoming title Zodiac, a persistent online RPG coming to the PlayStation and Apple iOS sometime in 2015 from French developer Kobojo.

Joining the team is composer Hitoshi Sakimoto whose previous works included Final Fantasy Tactics and Final Fantasy XII; Kazushige Nojima who has been the Scenario Writer for most of the Final Fantasy series installments including FFVII and FFXV, along with Kingdom Hearts I and II; and sound designer Masaaki Kaneko, previously working on all of Vanillaware's catalog (whose trademark visual style is prevalent here).

Looking a little bit like Grand Knights History, the beautiful turn-based title sure is built on the Unity engine meaning it has the capability to spread its wings to other platforms if the platform holders are so willing. As shown in the trailer above, during battle, players will be able to switch their classes on their fly a la the Dress Sphere system in FFX-2. 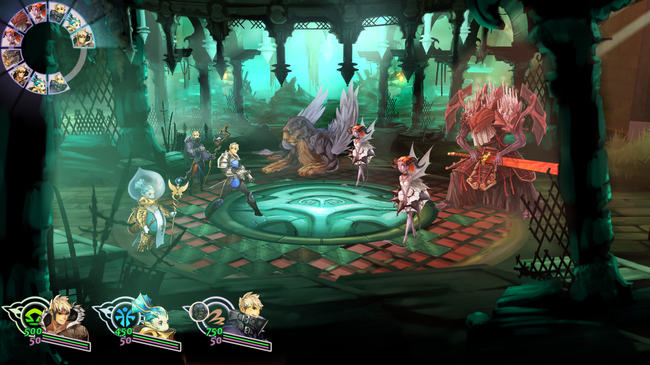 Aside from that, the game will also feature asynchronous multiplayer that will either have a live player filling the boots of a party member or can be replaced by an AI if they leave. The next time they log back in, they will be able to obtain any experience points earned during the battles. Due to this feature, the developers of course encourage friends to play together in a live setting, although it appears that anyone who isn't the live player will be put on autopilot and will watch the party leader move and interact according to a recent article from Destructoid.

Zodiac is set to be released in 2015 for Vita and iOS. 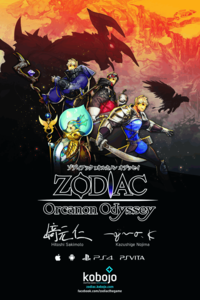