Activision Blizzard has revealed that World of Warcraft still has 7.4 million subscribers questing their way around the world of Azeroth ahead of the launch of the latest expansion, Warlords of Draenor. The figures are correct as of September 30th.

Revealed in an Activision press release highlighting the release of the final pre-launch patch before the large new expansion goes live, the figures prove that the game - which will be a whopping ten years old on November 23rd - is still the king of the genre.

Surprisingly, these numbers actually show an increase on the end of the last quarter, where the game had 6.8 million subscribers. It's likely to increase further when the new expansion drops.

Players can now play for World of Warcraft subscriptions in a variety of ways - there are discounts in territories such as North America and Europe for buying time in bulk, and in countries like China there are much more simple, bite-sized subscription models - but whatever way you slice it, 7.4 million subscribers is a whole lot of money. It's little surprise Blizzard was able to take the hit cancelling Titan, the intended successor to the game, because it 'wasn't working'.

Warlords of Draenor is set to launch on November 13th.

World of Warcraft: Warlords of Draenor 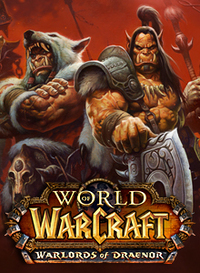