Square Enix has announced Mevius Final Fantasy, the latest spin-off from their big-budget series - and the game appears to be an interesting combination of mobile-based gaming with larger, more ambitious sensibilities more traditionally associated with console.

While Square Enix has put out a number of ports of classic Final Fantasy games and smaller-scale FF projects on mobile, Mevius, revealed in Famitsu this week, is designed to be a traditional RPG for mobile that doesn't feel 'inferior' to a full console-based FF title.

One of the ways the company hopes to achieve this is with its staff. The game's being produced by Yoshinori Kitase, a veteran of Final Fantasy VII, X and XIII, while it's being written by Kazushige Nojima, most famous for his work writing Final Fantasy VII. The character designs are coming from Toshiyuki Itahana, the man responsible for the more light-hearted designs of Final Fantasy Crystal Chronicles and much of Final Fantasy IX. Assisting this well-known trio is a development team of "unprecedented" size for a mobile title. With this crew, Kitase tells Famitsu he hopes to recreate the feeling of a console Final Fantasy on mobile.

Also confirmed in the Famitsu article are Abilities and Jobs for the game, as well as a hint that while the world map movement will be simplified, battles will play out more traditionally.

Notably, a trademark for Mevius was registered in Europe and North America back in October, so this one is likely coming West. Regardless, we'll bring you more news as it comes. 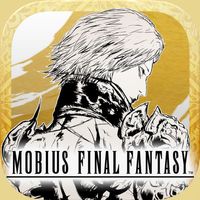