During today's Nintendo Direct, the livestream kicked off with an official confirmation of  The Legend of Zelda: Twilight Princess HD. Australian development team Tantalus - who were behind the Deus Ex: Human Revolution and Mass Effect 3 Wii U ports - is working on this remaster.

A bundle including a new Wolf  Link amiibo will be made available. The game will also be compatible with five other The Legend of Zelda amiibo from the Super Smash Bros. series. The game’s soundtrack will be offered as a bonus for fans who pre-order the game from select retailers. 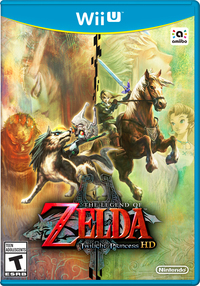