Fans in North America are still eagerly awaiting the day they can get their hands on Atelier Sophie. Not one to sit around, Gust have gone ahead and announce the next entry in their "Mysterious" subseries. Atelier Firis: The Alchemist of the Mysterious Journey is set to be released on both the PlayStation 4 and PlayStation Vita later this fall, and we have the first details to share with you today.

Both NOCO and Yuugen are returning as character designers. The protagonist, Firis Mistlud (voiced by Kaede Hondo), will be designed by Yuugen, while NOCO is designing her sister, Liane Mistlud (voiced by Azusa Sato). Set shortly after the events of Atelier Sophie, both young girls live in a small, underground mining town located on the outskirts on society. Firis spends her time mining for ore, while Learne leaves the town in order to hunt for food. 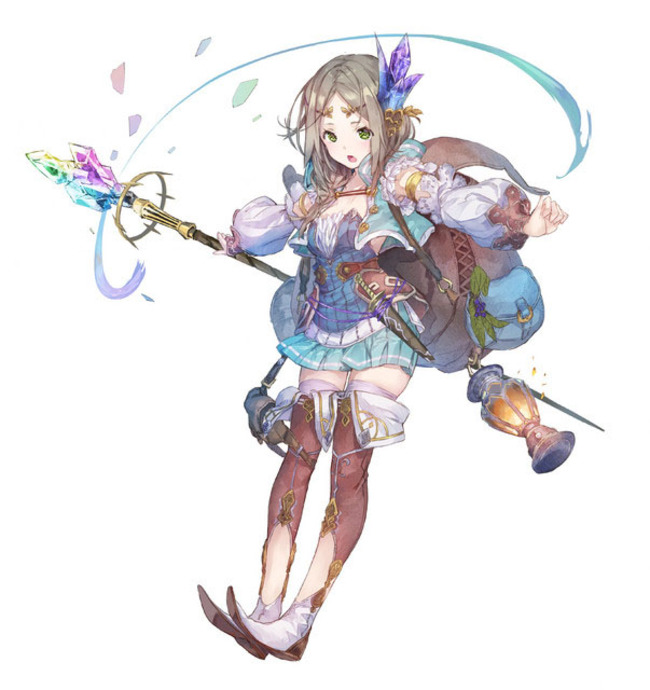 When they set off on their adventure, players will no longer have a central hub where they will be able to do their alchemy; instead, Firis is able to start bonfires at any time while traveling and perform alchemy inside of a tent. Because players won't be able to easily drop everything on their person, they will have to think carefully about the items they synthesize and the materials that are collected during the adventure.

When performing alchemy, Firis also has the ability to perform "Superdreadnaught Alchemy" that can create items of a tremendous size, such as a boat.

The maps themselves are said to be a much larger scale than the Atelier series has had in the past, including having both a town and a mountain in a single area. Players will be given one year in order to accomplish their initial objective, after which they will have an indefinite period to basically do whatever they want. Character appearance while also change over the course of the story.

Koei Tecmo producer Yoshito Okamura said that the game is about 50% complete. Atelier Sophie will be released in North America on June 7th for the PlayStation 4 and Vita. Thanks to Gematsu for the translation.

Atelier Firis: The Alchemist and the Mysterious Journey Review

Decide how the story will unfold in Atelier Firis: The Alchemist of the Mysterious Journey 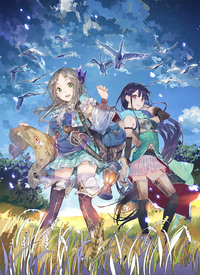 Atelier Lydie & Suelle: The Alchemists and the Mysterious Paintings
Atelier Ayesha: The Alchemist of Dusk
Atelier Lulua: The Scion of Arland
Atelier Escha & Logy Plus
Nelke & the Legendary Alchemists: Ateliers of the New World