During Jump Festa 2017, Square Enix announced that Dragon Quest XI: In Search of Departed Time, the next installment in one of the most popular franchises in the world, will be released for the PlayStation 4 and Nintendo 3DS sometime in 2017 (nothing was said about the Nintendo Switch version which was re-confirmed a few months ago). The official website has also gone live.

Yuji Horii said his team is working hard to release the game inside the 30th anniversary of the series, which would make it sometime before May 27 of next year (which would be its 31st). In the meantime, they shared a lot of new details on this highly anticipated sequel along with its opening movie. 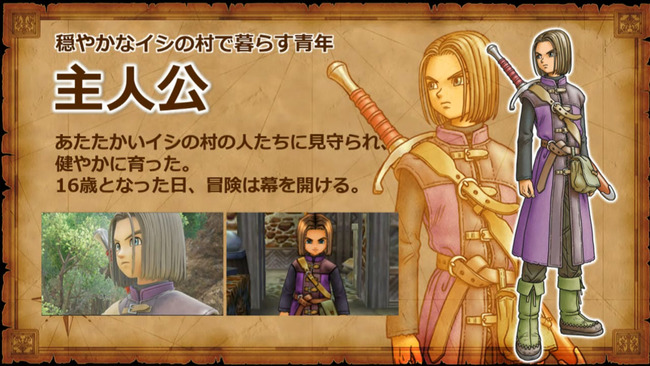 The protagonist is a young man coming of age in the small village of Ishi. He will be turning 16 when the game begins and he starts his adventure. 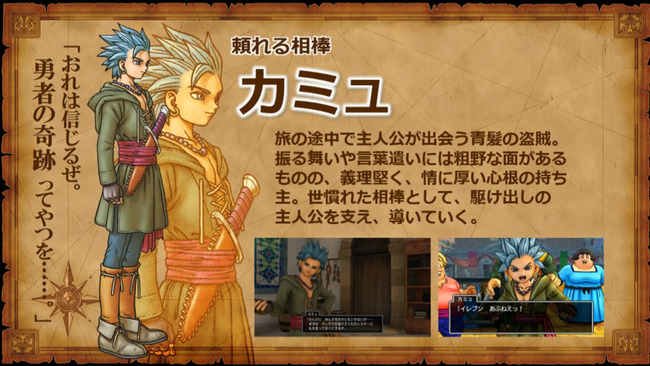 The first party member officially announced goes by the name of Camus. He is a thief who the protagonist meets during his adventure and will acts as sort of a guide for the player during their time together. He has a crude way of speaking and behaving, but I'm sure he has a heart of gold. 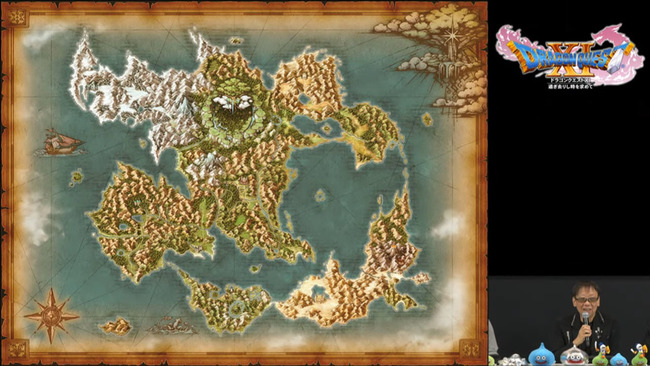 The world map was also shown during the presentation. It looks fairly significant, especially considering how open a lot of the maps shown during the gameplay segments made it out to be. You can check out gameplay for both the PlayStation 4 and Nintendo 3DS versions below.

Some of the other details talked about were the minigames that will be scattered around the adventure, including the return of casinos and puff puff (because of course). The developers also confirmed that the Nintendo 3DS will feature Streetpass functionality, whereas the PlayStation 4 will also have something planned to compensate.