Torment: Tides of Numenera is a long-awaited ambitious successor to a cult classic. And it comes out in barely over a month! Inxile Entertainmen announced today that the game has gone gold, along with releasing an "interactive quest video" to youtube. This video is a neat little product that uses the annotation system and timestamps to mimic the sort of roleplaying seen in the game itself. It takes less than ten minutes to experience. A nice little appetizer before the game releases in late February.

You can check out the narrated experience below. Inxile suggests using a desktop computer to watch the video.

Check out the press release below, giving some context to the above video and its intention:

January 12th, 2017 – Wroclaw, Poland / How do you present the intricacies of meaningful choices and their complex consequences in a game trailer? It is probably impossible - unless it’s via an interactive trailer, where you can make decisions and try out different outcomes yourself.

This is why Techland Publishing and inXile Entertainment have created an interactive quest video for Torment: Tides of Numenera - to effectively demonstrate how combinations of choices allow players to shape their own stories and leave a mark on the game’s world.

The video is narrated by creative lead Colin McComb, who - not unlike a traditional RPG Dungeon Master - guides the player through the quest, revealing secrets and subtle details of the world of Numenera.

Although it features several different endings, the quest showcased in the video is but a tiny sample of themes, stories, and subplots players will get to experience in Torment: Tides of Numenera. As the game has recently gone gold, players can start their final preparations for February 28th, when this science-fantasy RPG will launch on PC, PlayStation 4, and Xbox One.

If you hadn't seen it, the final boxarts for Torment: Tides of Numenera was also recently finalized. The newest screenshots for the title are also available to browse in the gallery below: 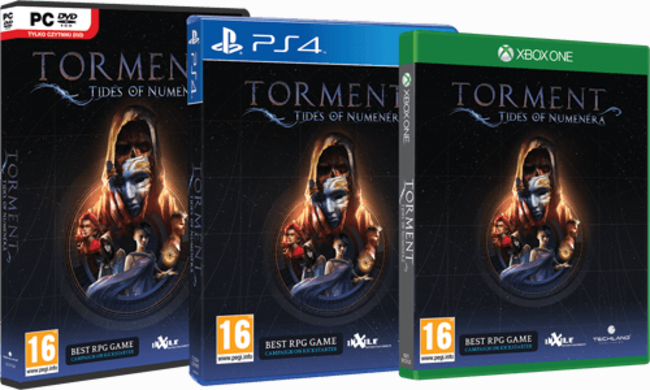