Much to the surprise of everyone, Atlus announced a new entry in the Shin Megami Tensei series at Nintendo's Switch reveal event. It's important to note that while this game is not titled SMT V, it is a new entry in the mainline series nonetheless. The title literally just reads at "Shin Megami Tensei New Series Title" in the announcement trailer, probably a working title of sorts.

The game is also using Unreal Engine 4, a first for both SMT and for Atlus as a whole too. Besides that there's very little in the way of details for this game. Some notable series demons can been seen in the trailer such as Jack Frost, Pixie, and of course Odin.

Be sure to check out the trailer for yourself below!

Atlus USA made the following comment on this new Shin Megami Tensei game. 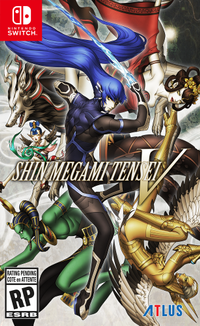