The Caligula Effect gets a Digital Deluxe Edition for PlayStation Vita

Atlus USA has announced that The Caligula Effect will receive a Digital Deluxe bundle when the game launches next month. Included in the bundle will be a set of swimsuit DLC, a PlayStation Vita theme, and several avatars. Find the information below:

It's not easy escaping a virtual prison controlled by an intoxicating virtual idol named u, but freedom can only be achieved by fighting hordes of Digiheads, battling evil music producers, and confronting the all-powerful u. It's a hard task, so the least we could do is launch The Caligula Effect as a deluxe bundle that includes a ton of digital goodies! So what will you get when you pick up your PS Vita and venture into Mobius on May 2? Well, you'll get a theme featuring u and various characters, 19 avatars, AND a swimsuit costume DLC pack for $39.99/€39.99/£29.99! Just check out the glam shot below! 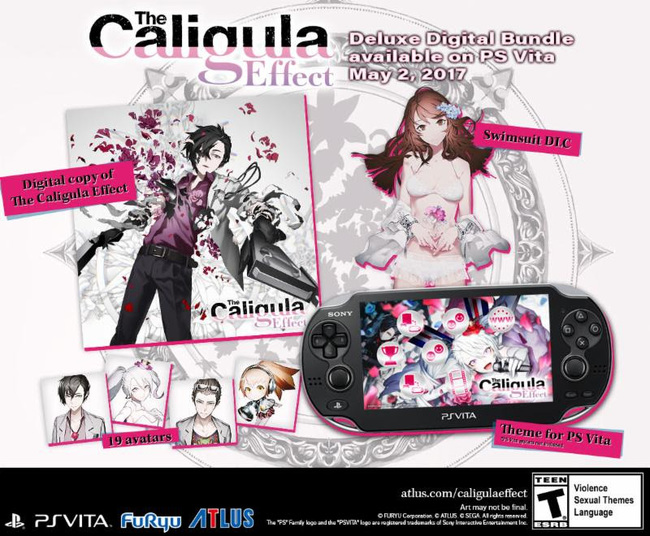 In case you missed it, you can find a story trailer, screenshots, and details here. The Caligula Effect is set to release on May 2 for PlayStation Vita as a digital-only title.

The Caligula Effect launches on May 2 for the west on PlayStation Vita, gets new story trailer 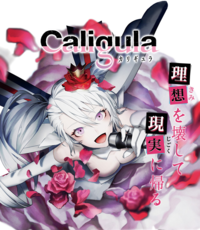 The Caligula Effect: Overdose
The Legend of Legacy
The Alliance Alive
Conception II: Children of the Seven Stars
Gungnir