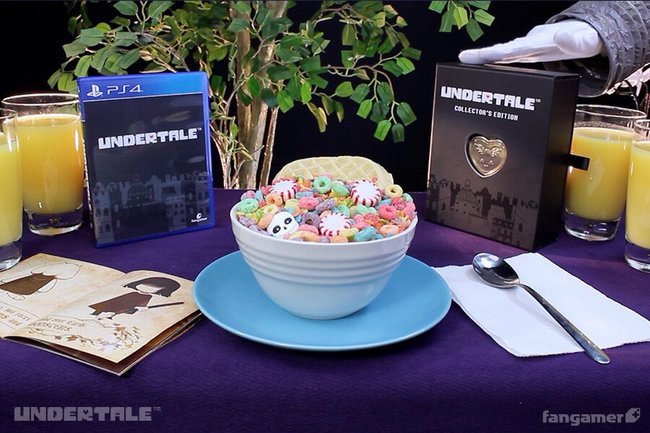 While there was a lot of speculation that cult phenomenon Undertale would be arriving for a Nintendo platform, it appears there was someone else waiting to court young tobyfox. In fact, during Sony's E3 2017 press conference, they were more than happy to announce it will be coming to both the PlayStation 4 and PlayStation Vita sometime this summer. According to the PlayStation Blog, it will feature cross-buy support on PS4 and Vita along with trophies. Undertale will also receive a Japanese text option, for those interested.

In even more exciting news, a Collector's Edition and a standard physical edition were also announced and will be exclusive to Fangamer. But you don't have to feel left out, PC owners - you'll be able to get in on that as well. Here are all the details:

For the first time ever you can play UNDERTALE on PlayStation® 4 and PlayStation® Vita! Physical copies for PS4, PS Vita, and PC will be available for preorder soon, along with a special collector’s edition, exclusively on Fangamer.

All physical editions include:

Undertale launches for the PS4 and Vita on August 15