This will once again be a free-to-play title with microtransactions and is set to be released in Japan sometime later this year for iOS, Android, and this time on PC. Silicon Studio of Bravely Default fame will be helping with the development.

The story will play out a little differently this time around. Terra Battle 2 will play out like an episodic drama approximately 50 chapters in length, with new chapters being released on a weekly basis.

Players will have the ability to control up to four party members on a grid-based combat system, much like in the original. Things play out more strategically, however, where enemies will be attacked if they come within a certain proximity of your team. You'll be able to level up your characters by merging guardians together or through equipment. 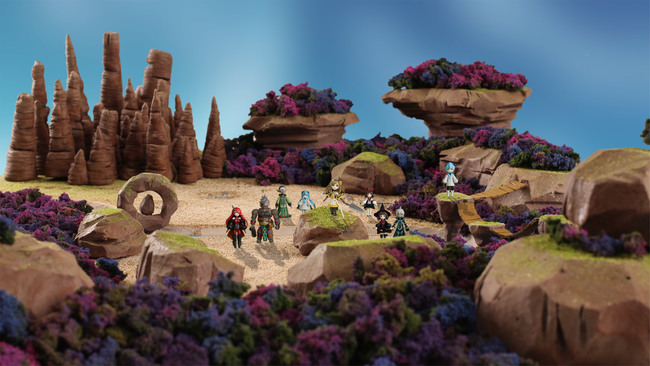 Another game mentioned in the article is Terra Wars, which will feature Terra Battle characters rendered with claymation. More information regarding this game will be shared after the release of Terra Battle 2, so we'll have to wait until then. In the meantime, they have said support for the original Terra Battle will continue with planned content updates.

The later parts of the article go into how Sakaguchi wishes to turn the games into a franchise of sorts called the Terra World which includes Terra Battle 2 and Terra World. Characters will be shared across the entries, but the scenarios and systems will be implemented in a different way. In fact, on the official website, he directly states he wishes to make 9 games like how he made 9 Final Fantasy games.

It's clear based on the discussion he's trying to make Terra World his new Final Fantasy, where players don't need to have played each game to enjoy another entry.