The latest Weekly Famitsu magazine has a new information batch for Etrian Mystery Dungeon 2, the sequel to the collaboration title between Etrian Odyssey and Mystery Dungeon. This batch showcases a new feature in this game called Blast Skills, as well as introducing town facilities that can be upgraded. 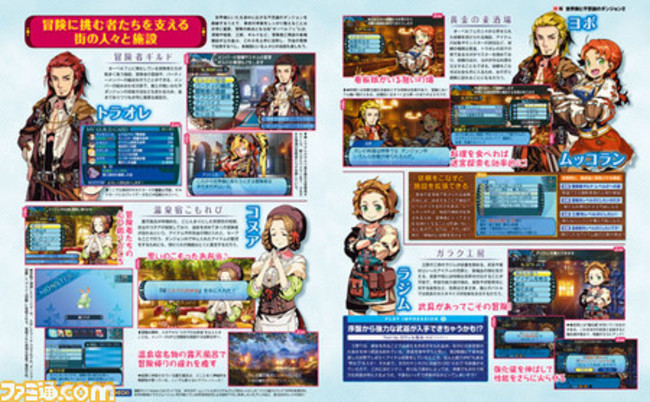 Blast Skill is a powerful move activated by consuming the Blast Gauge which is shared by the whole party. Some of these skills are shared for all jobs, and some others are exclusive for certain jobs. They have various effects from attacking enemies, healing allies' HP, to raising EXP points gained.

The Blast Gauge is raised by attacking enemies or stepping on Crystal Floors in dungeons, the latter of which also recovers character TPs. Blast Skills can be learned from Secret Art Scroll items, which can be obtained by completing certain requests from the tavern.

Listed below are some examples of the job-exclusive Blast Skills: 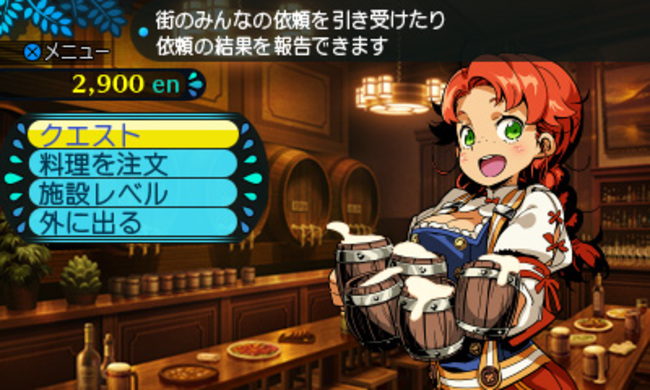 The following section introduces facilities in Oberfe town that will aid adventurers. 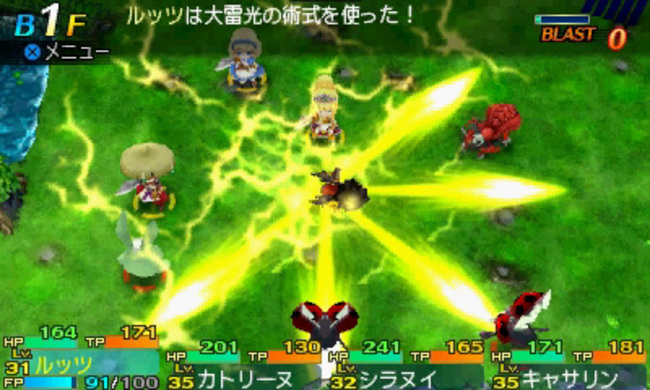 Etrian Mystery Dungeon 2 will be released for Nintendo 3DS on August 31st in Japan. There is no English localization announced as of yet. You can also read the initial announcement news of the game here.