Star Ocean: The Last Hope PS3 out this week

Square Enix have just sent out a Press Release kindly asking us to remind all of you RPG fans out there that Star Ocean: The Last Hope International is out this week in the West.

It arrived in the US earlier in the week, while Europeans can get their hands on the improved PS3 port tomorrow, Friday the 12th.

The 'International' version of the game earns its name with gameplay tweaks and a choice between the English or original Japanese voices. We gave the original Xbox 360 release a 72, and we'll be reviewing this version next week. 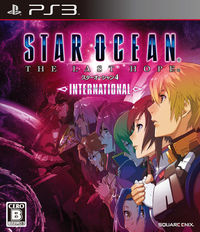