Egglia: Legend of the Redcap out in the west on August 3

Since we shared the news that Egglia: Legend of the Redcap was announced for the west, the official Twitter and Facebook accounts for the game have been occasionally sharing new information about the upcoming mobile RPG.

Powerchord Studio and Brownies have reveled Egglia will be released in the west on August 3 for iOS and Android and will be priced at $9.99 / €10.99 / £9.99. It appears they rounded down from the Japanese price of 1,200 yen, so that's good news for those interested in picking this one up.

Here are some more details about the game:

Players will explore the land of Egglia as a gentle elf named Chabo and will navigate the world via a turn-based RPG system while hunting monsters for experience and gathering resources on a hexagonal grid. Along the way, players will face increasingly difficult battles against a plethora of enemies and must fight their way through using the game’s unique turn-based dice combat system.

Various companions will be met throughout the journey and players will be able to build homes and grow a village for them. These homes can be upgraded and furnished with numerous decorations allowing players to customize and decorate as desired.

As the adventure continues, players will uncover a variety of eggs that can be hatched to unlock different lands of the world of Egglia. Players will explore these new areas and gather materials to upgrade their village and evolve a number of spirit companions that will assist in future battles.

Enjoy a more in-depth look at the game in a new trailer below.

Egglia: Legend of the Redcap 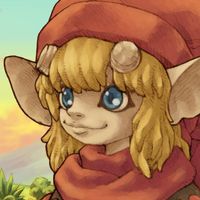