Get to know Nerea, Pugnacius, Kingdom Battles, and more in Ni No Kuni II: Revenant Kingdom

When Bandai Namco released their Gamescom trailer for Ni No Kuni II: Revenant Kingdom, they also strangely gave new screenshots for people and places that they did not fully detail at the time. Now, Level-5 has recently updated their Japanese official site for the game, which contains information on these characters and settings. We have translated and summarized the new information, which you can read right below. 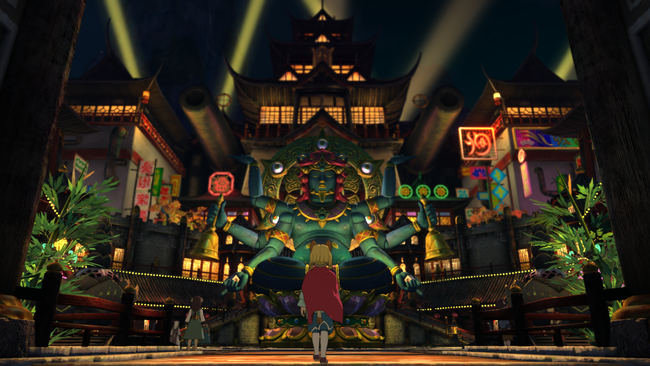 Gold Paw is a country where everything is decided with dices. Gambling has been placed as a national business and a lot of tourists gather here for the purpose of enjoying the casino. Even court trials and important decision-making in the country are decided with dices. When there is an especially important decision making, the dice roll is done on the Dice Deity statue located at the entrance.

Citizens of Gold Paw are of the dog-faced Bauwan race, and they generally like gambling and fortune-telling very much. The de facto king of this country is Pugnacius, the head astrologer who is tasked to guard the dice and the only one allowed to roll the dice on important decision making. He was originally born in a poor family. By making gambling as the biggest business in his country, he manages to grow the country by maintaining the casino.

Every month, Pugnacius would decide the tax amount by rolling the dice; a result of 6 would make citizens exempt from tax for that month. However, he would illegally control the result, so he has been giving an extraordinary amount of tax to citizens every time. 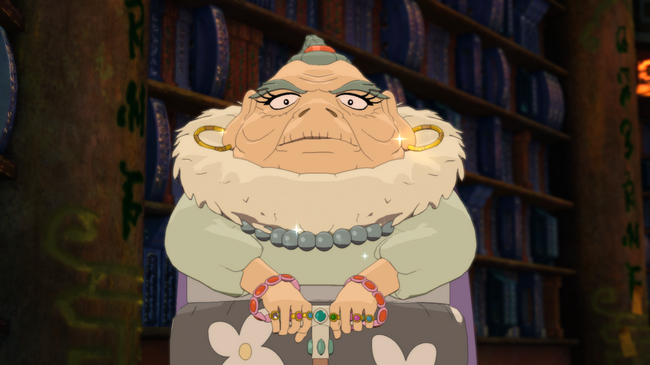 Another new character is introduced in this city, which is named Boddly (Meldra in Japanese). She is the head of the Divine Boddly National Library, whose current age is unknown. She is considered as a Living History Book as she can recite the history of Ni No Kuni, and she is the one who tells of the Legend of Brahavan to Evan & co. 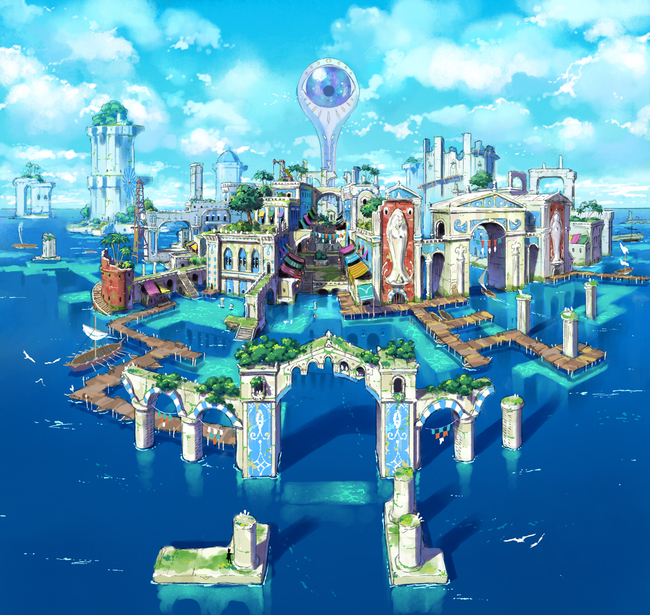 Thalassea is a big country on the sea which is ruled by the beautiful Queen Nerea. It is said to have strict rules, and a giant Queen's Eye comes out from the sea, which watches every citizen closely.

Leander is a close aide to Queen Nerea. Although he is sharp-witted and cool-headed with very tactical decision making, he is no match to his queen, who would always stomp her heels on him.

Although this beautiful queen sets very strict rules, peace in her country can still be maintained thanks to Leander's work. There is an important secret known to only Nerea and Leander, which leads to the reason why the strict rules are being set. 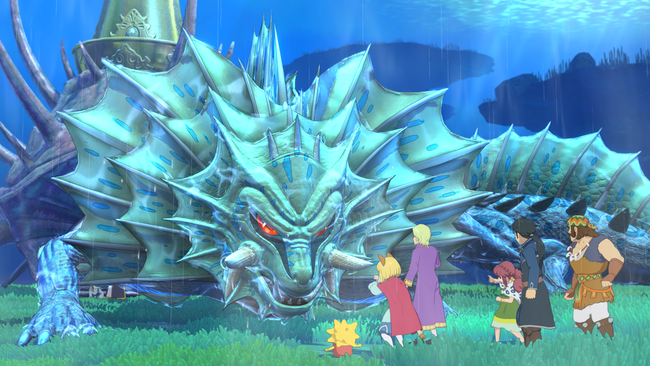 Thalassea's Guardian Deity is also revealed, which is named Dralanaga. There is a divine mound located at the bottom of the sea, and he rarely shows his form. He can freely swim in the sea, and excels in water and ice attacks. He has a servant named the Sea God Ordis, which also wields strong powers himself.

Capstan Upon Hull (Yossollo in Japanese) 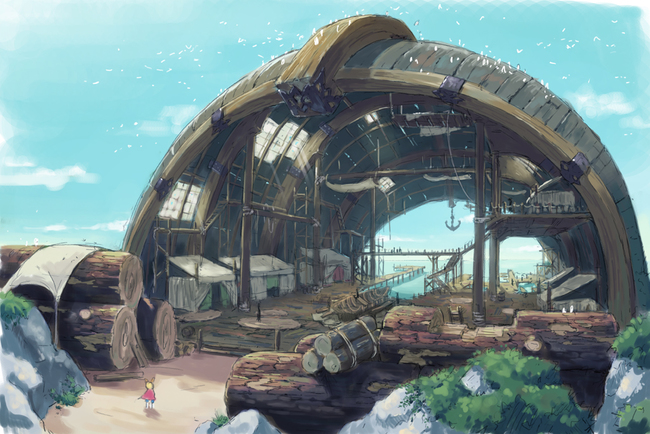 This is a small town where a skilled shipwright is said to be working here. However, this town only has few people along with an unusual atmosphere; looks like something weird is happening here. 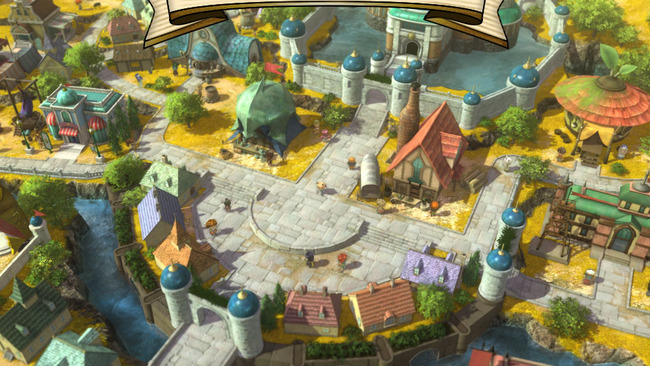 Evan's Kingdom of Estavania needs to be developed further by the player. They will need to manage not only the castle but also facilities around the castle as well as human resources. By developing the kingdom, it will give huge advantages in Evan's upcoming journeys.

Create buildings like Weapon & Armor Production Factory, Magic Laboratory, and Shop, and put talented human resources there to enable them to produce items and abilities needed by Evan on his journey. The kingdom will also grow when more people settle there, so Evan needs to meet a lot of people and convince them to live in Estavania. Scouting talented human resources will greatly contribute to the development of the kingdom. 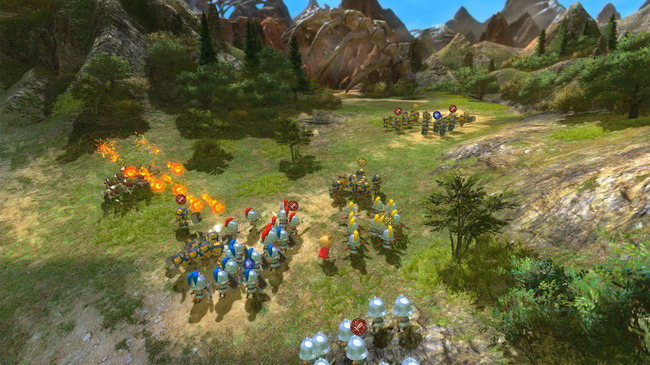 Ni No Kuni II will also have a specific battle mode where Evan leads his kingdom army against bandits of monsters in a Marching Battle. In this mode, the entire field map becomes the battlefield. The army will be split into four units, each with their own advantages and disadvantages, so the player needs to maneuver the units around enemies well. Unit leaders will also have battle tactics, which if used well can lead the player to victory.

Ni No Kuni II: Revenant Kingdom will be released worldwide for PlayStation 4 and PC on January 19. You can watch the recent Gamescom trailer and see more screenshots of the game here.

Ni no Kuni II: Revenant Kingdom has been delayed to January