Get to know Arata and Shiina's IRL co-workers in Death end re;Quest

The 1500th Weekly Famitsu issue has new information on Compile Heart's new Galapagos RPG Death end re;Quest, which introduces real world characters that will interact with the game's protagonist Arata Mizunashi, as well as describing the battle system of the game.

Death end re;Quest revolves around the canceled VR MMORPG Worlds Odyssey, where the heroine Shiina Ninomiya is found trapped inside the game after she had gone missing for a year. Arata must fix Worlds Odyssey and help Shiina traverse through the game and eventually come back to the real world.

We have translated and compiled the information, which you can read after the jump. 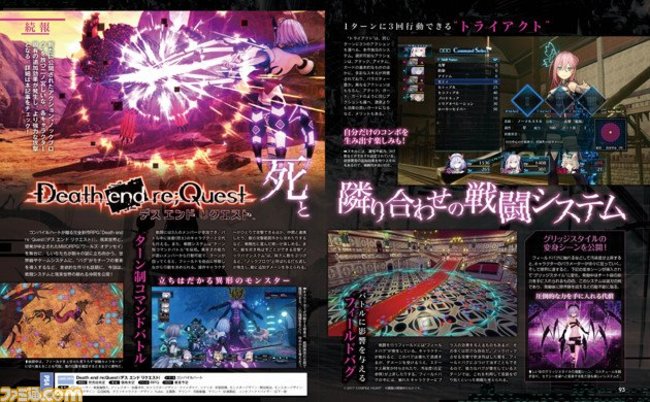 Famitsu shows the real world design of Shiina Ninomiya in this batch. It is also noted that Shiina had many talents that soon after she joined Enigma Company she would be appointed as the director of Worlds Odyssey. She worked hard on developing the game with Arata and other co-workers until her untimely disappearance one year ago. 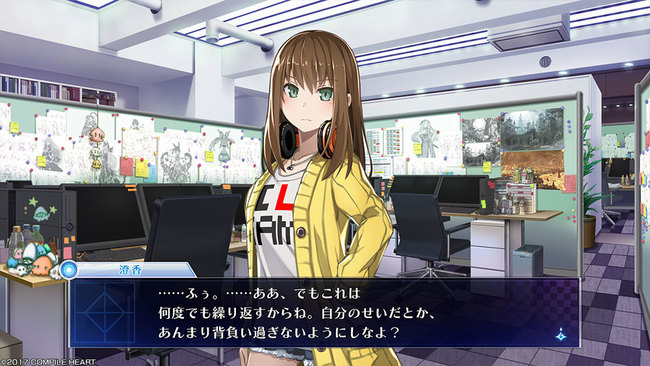 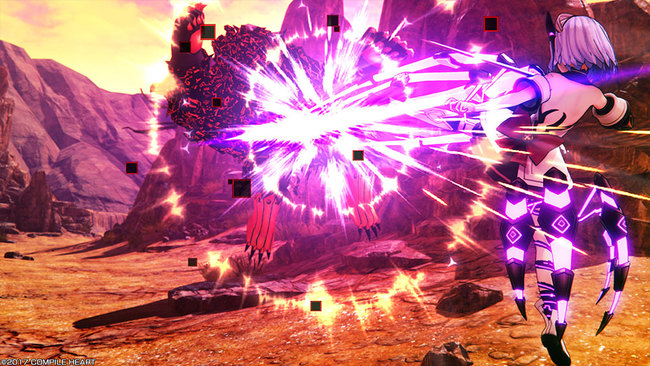 Death end re;Quest will be released for PlayStation 4 in Japan. No release date or English localization has been announced yet, but we wonder if a release time frame could be announced at the upcoming Tokyo Game Show 2017. You can read the previous Famitsu coverage here.

Get to know the Ludens in Death end re;Quest

Get to know more of Death end re;Quest new characters and Entoma bugs