Since its release in Japan last year, Grimm Notes has been downloaded 15 million times. No other details have been revealed at this time about the upcoming localization. 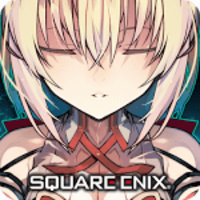