Fire Emblem Warriors isn't exactly the game I expected from the series. Being strategy RPGs, Fire Emblem games are slow, methodic, and require strategy to survive. A lot of Musou titles, on the other hand, has you cutting down swathes of enemies with ease, rushing about and quickly cutting down foes to finish the stage. The two series seem mismatched for each other, but judging by what I've been able to play so far, Fire Emblem Warriors meshes the two together very well and promises to be a great title for Fire Emblem fans. 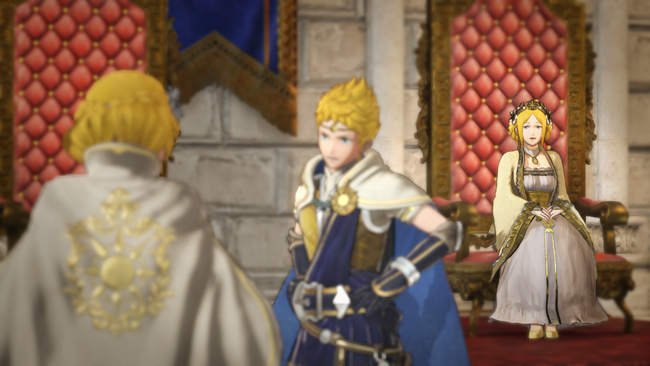 For this preview, I got to try the first few chapters of the Story Mode. This is Fire Emblem Warriors' main attraction, where you'll go about unlocking characters and maps for History Mode. Story Mode goes through the tale of the twins of Aytolis, and how they have to defend their kingdom and world against the Chaos Dragon. They aren't alone, however, as rifts have opened up to other worlds, and some familiar faces from series are here to help.

Due to the nature of the plot, Fire Emblem Warriors doesn't work like many Musou games, where you pick a character and work through their story. Instead, you'll be picking a party of four to work through each Story Mode stage. Each of these members works independently (unless you pair them up), and you can switch between them by using the D-Pad. It's important to have your party members handle different objectives, because if not then it'll take forever to take over forts and complete the stage.

The weapon triangle and other factors are also majorly important in Fire Emblem Warriors, just like the main series. Fighting at a disadvantage is tedious at best, and downright deadly at worst. That involves more than just the triangle we all know and love; Pegasus Knights are still weak to archers, those with low magic resistance shouldn't fight mages, and so on. I learned this the hard way when I sent Frederick to fight a mage fort, and he very promptly got killed. Even though this is a Musou inspired title, you still have to employ some strategy to emerge victorious. 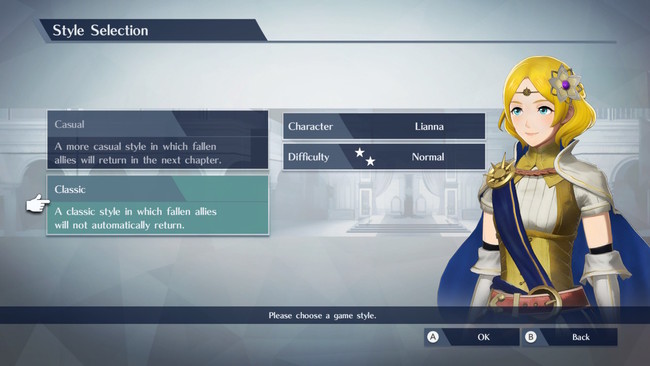 This brings me to a very important mechanic, and that's the game's "permadeath" if you choose Classic Mode. If a character is killed in a chapter in Classic Mode, they aren't revived at the end of the battle—instead, you have to pay to revive them at the Temple. This isn't a big deal at the beginning of the game provided you don't make a silly move like I did. You can change from Classic to Casual Mode (characters revive at the end of a chapter), but once you go Casual, you can't go back.

Story Mode throws a lot of its mechanics at you in the first couple of chapters, and I found it a bit overwhelming for a bit. However, the first few chapters take things slowly, so you can work through the mountains of guides Fire Emblem Warriors throws at you and have a chance to fully understand the mechanics before the game ramps up the difficulty. This is very good, as there are a lot of Fire Emblem mainstay mechanics that are implemented in unique ways in Fire Emblem Warriors, so it takes a bit of getting used to.

After completing Chapter 5 in Story Mode, you'll unlock the first scenario of History Mode. I was not able to delve too deeply into this Mode for the preview, but it seems very similar to Hyrule Warriors' Adventure Mode. You work your way through a map that pulls inspiration from big moments in mainline Fire Emblem titles and work through a series of battles to complete them. There are also more varied map objectives than what I've seen so far in Story Mode, so it seems great for a change of pace. While this mode unlocks early, I found it a little difficult to advance in with my limited character choices and their levels, so it seems like something that's better to play once you've completed the Story Mode and unlocked a better variety of characters. 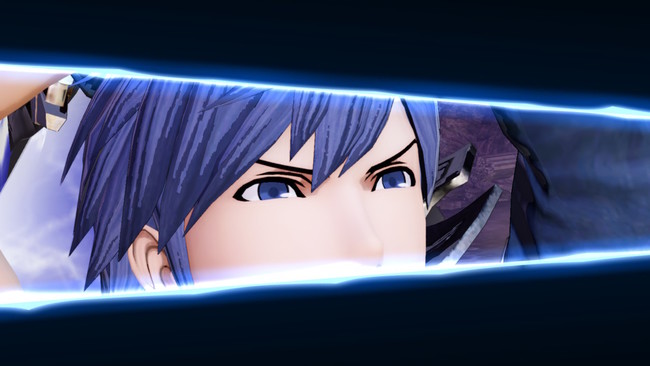 One thing I will note is that there is quite a number of nods to other Fire Emblem games in Warriors, which as a game created for fans first and foremost is not a surprise. The first five chapters or so focus on characters from Fire Emblem: Awakening, and there's plenty of references to scenes from the 3DS game, which I'm more than happy to see on a bigger screen… well, if you're playing with the Switch docked, that is. One of the chapters also had a remix of Id (Purpose), which of course was fantastic. There's plenty of things like that for fans to sink their teeth into.

I also want to touch on the game's performance briefly. So far I've only played Fire Emblem Warriors docked on the Switch, and the frame rate has been great the entire time—if there were any frame rate dips, they were minor enough that I didn't notice. Sometimes groups of enemies do pop in a bit slower than you would expect, but this only happened once or twice in the chapters I played through. Whether this becomes a problem or not later on is yet to be seen.

So far, I'm very impressed with Fire Emblem Warriors. I'll admit the original reveal had me a bit skeptical; taking a slow-paced SRPG series and turning it into a hack-and-slash Musou game didn't seem like the best mash-up Koei Tecmo could go far. However, it seems that many of the mechanics that make Fire Emblem unique have made it into its Warriors spin-off, and they're implemented quite well. It's still up in the air rather this plethora of options will hold up through the entire adventure, but it appears to be very promising.