Koei Tecmo has updated the official website for Attack on Titan 2, introducing a set of characters in the game as well as daily life activities.

Looking to feature elements and story from the second season of the anime, we are introduced to Eren, Mikasa, Armin, Levi, Nanaba, Mike, and Gelgar, with more characters to be revealed later. 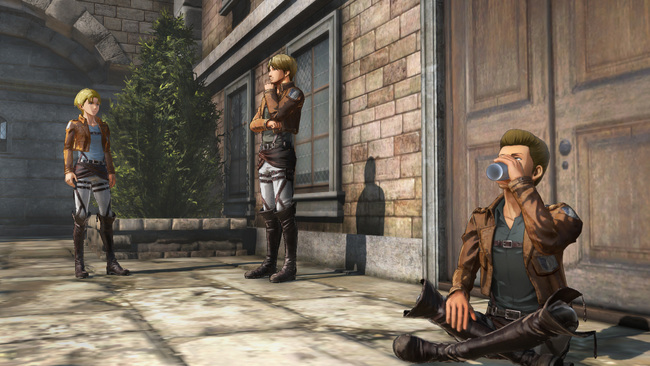 Attack on Titan 2 also features a daily life activity feature, where you can interact with characters from the series to see various personal stories and conversations in between battles. Bonds can be built up between characters and may have an effect on your fighting strength in the next mission.

Check out the screenshots below. Attack on Titan 2 is set to release on PlayStation 4, Xbox One, Switch, and PC via Steam in early 2018.