Bandai Namco has announced that Digimon Story: Cyber Sleuth Hacker's Memory will release on January 19 in North America and Europe. The game is available for PlayStation 4 and digital-only on PlayStation Vita. A new trailer was also released, similar to the Japanese trailer posted last night. 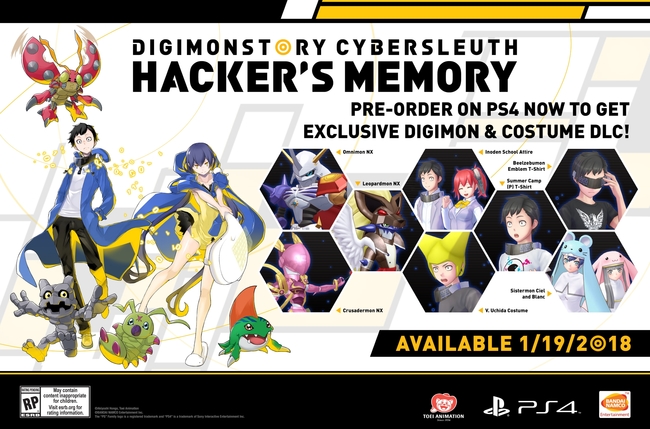 Starting today, fans who pre-order Digimon Story Cyber Sleuth Hacker’s Memory through select retailers and on the PlayStation®Store, will be able to secure four bonus Digimon as well as exclusive costumes. The new Digimon and costumes include:

Bandai Namco also details two returning characters from the original Digimon Story: Cyber Sleuth who make an appearance. Yuuko Kamishiro is the daughter of the former president of the Kamishiro Enterprise of EDEN, who has allegedly commited suicide. She has some doubts about the happenings around her father’s death and other strange events happening in the world. She decides to join the Hudie group to investigate. 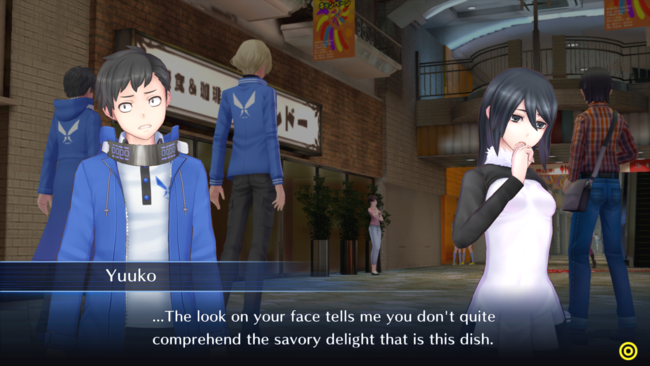 Kyoko Kuremi also makes a return as a private detective specializing in cyber-related cases. She seems to have a knack to arrive on a case site just before the protagonists do. 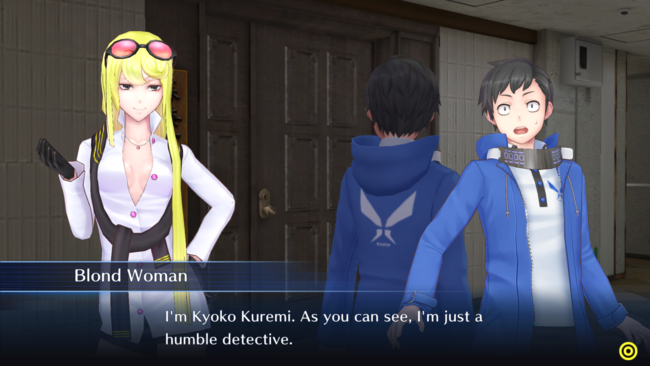 Finally, players will be able to pick up special items known as “Hacker’s Memory” throughout the game. These special recordings will shed new insight on characters and events within the story, allowing players to learn more and more about the full truth of the narrative.

Find new images and screenshots in the gallery below. 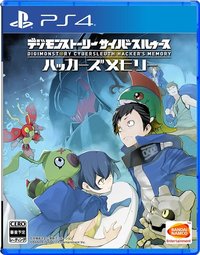