The classic Western RPG, Neverwinter Nights, will be receiving an enhanced edition from Beamdog. This was announced yesterday via a blog post on Beamdog's blog, Beamblog. Neverwinter Nights: Enhanced Edition is currently available to pre-order through Beamdog and can be wishlisted on Steam. While there is no release date as of yet, those who pre-order will be given access to a beta. Neverwinter Nights: Enhanced Edition includes the base game, along with Shadows of Undrentide, Hordes of the Underdark, Pirates of the Sword Coast, Infinite Dungeons, Wyvern Crown of Cormyr and two soundtracks and is priced at $20.

You can find more details from Beamdog CEO Trent Oster and the trailer for Neverwinter Nights: Enhanced Edition below.

“Neverwinter Nights was a unique game that distilled the essence of Dungeons & Dragons and allowed players to build, share and act as Dungeon Master for amazing gaming experiences.I think this unique combination makes Neverwinter Nights one of the most versatile role playing game experiences of all time.

“I invite everyone interested in the future of Neverwinter Nights to join the Beamdog forums. We hope it will become a new home where you can speak directly with the development team. We need to know what YOU want to see Neverwinter Nights become, and we'll do our best to meet and exceed those expectations."

The original Neverwinter Nights campaign: Find yourself at the center of intrigue, betrayal, and dark magic in Neverwinter Nights. Journey through dangerous cities, monster filled dungeons and deep into uncharted wilderness in search of the cure for a cursed plague ravaging the city of Neverwinter.

Three premium modules:
Discover over 40 hours of new stories, then go on to sample the hundreds of modules created by community members just like you.

The Aurora Toolset: Build your own world full of unique monsters, items, traps, encounters, and settings, then share your creation with the rest of the Neverwinter Nights community. (Windows only)

Dungeon Master Client: Become the storyteller! Control monsters, creatures, and characters your players will meet over the course of an adventure.

Can't wait? Get a Head Start!

We'll be selecting lucky fans from the pre-order pool on Beamdog for the Head Start program. This is your chance to play NWN:EE, dust off old modules, and update your persistent world servers early! Getting ongoing feedback from experienced fans will help shape the future of Neverwinter Nights: Enhanced Edition, so let us know what you think!

Mostly noticeably, we’ve added an improved display that looks great on modern monitors. Your portrait, combat bar, inventory, and other UI elements now adjust in size based on your chosen resolution and you can select what size scaling you prefer. We’ve also added Advanced Graphics Options! We believe the added pixel shaders and post-processing effects make for crisper, cleaner visuals. Now you can choose to enable contrast, vibrance, and depth of field options as you desire.

These new graphic options are open to modders, and we’re already hearing lots of great ideas from our early testers. We’ve made an effort to ensure NWN:EE is backwards compatible! All your save games, modules, and mods from the original Neverwinter Nights work in the Enhanced Edition.

And that’s just the start!

Beamdog’s team on this project is a mix of original developers and key members of the Neverwinter Nights community such as Bernhard Stöckner (AKA Niv) from Neverwinter Vault who have come together to curate important fan-requested improvements. Our goal is to support Neverwinter Nights players, storytellers, and modders with ongoing development. 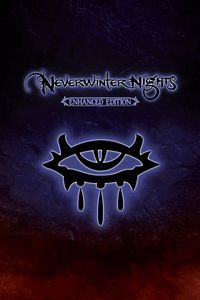