Marvel Strike Force announced with a new trailer and screenshots

Set to arrive in 2018, Marvel Strike Force is a free-to-play mobile RPG from FoxNext Games and Marvel Entertainment which allows you to recruit squads from Marvel's roster of superheroes and villains. It's quite visually stunning for a mobile game, which you can see for yourself in the teaser trailer below.

You'll be joining forces with S.H.I.E.L.D.'s Director Nick Fury while assembling a team of your own consisting of different legendary Marvel characters of your choice. Creating powerful alliances, new gear, and upgrading your teams are at the heart of its gameplay alongside its strategic combat.

Pre-registration for Marvel Strike Force is now open for Android and for iOS devices via this sign-up form. Doing so will give you a free 3-Star Daredevil and other cool content. 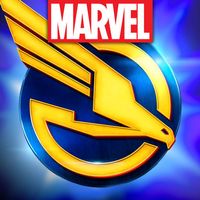