Sega has published a new information batch for Valkyria Chronicles 4 in the latest Weekly Famitsu magazine. After previously showcasing the main villain characters, now Sega is introducing supporting characters that will assist Claude Wallace's Squad E, including the medic girl and the cool-looing dog shown in earlier screenshots. Read on further to get to know them further. 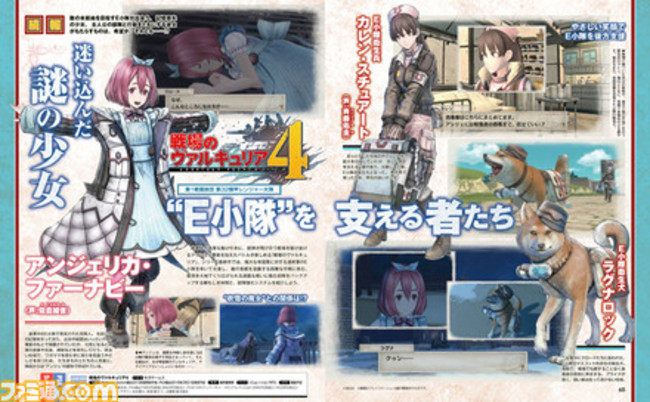 Valkyria Chronicles 4 retains many of the gameplay features that existed in the first game; for example, Potentials and Orders are returning. Each character starts with Personal Potentials based on their personality and can learn Battle Potentials when they level up. Claude can learn new Orders not only from leveling up, but also sometimes from talking with friends in the Saloon.

The level up system is also the same as Valkyria Chronicles 1, where experience points are allocated to classes rather than individuals so that all characters with the same class will level up together. When a certain level is reached for a class, it will unlock a higher class with more perks as following: 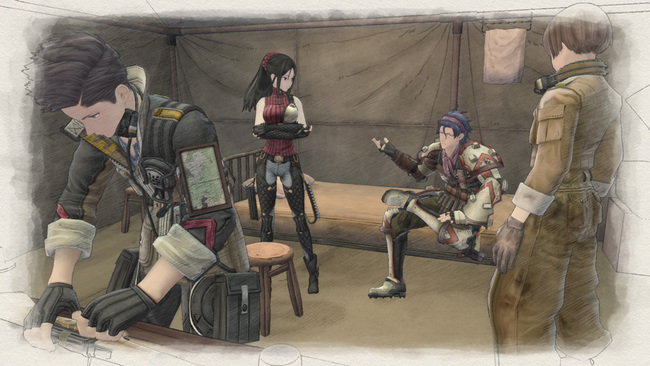 Finally, this batch has a sneak peek of the DLC mission included in the limited 10th Anniversary Memorial Pack where Squad E is ordered to head to Gallia and participate in a joint operation with Gallian Squad 7 headed by Welkin Gunther. It also seems like Welkin's sister Isara is being assigned to the new Grenadier class.

Valkyria Chronicles 4 will be released first in Japan for PlayStation 4 on March 21, with a Nintendo Switch version following in Summer. The international release, which includes an Xbox One version, is currently still only slated for 2018.

Learn more about the Snow Cruiser Centurion in Valkyria Chronicles 4