Behind the scenes, OtherSide Entertainment has been slowly toiling away on Underworld Ascendant, the follow-up to the highly-influential Ultima Underworld: The Stygian Abyss, which was released 25 years ago.

While early backers have had access to a pre-alpha version of the fantasy RPG, we haven't heard much of a peep about the game in public since its initial Kickstarter back in 2015. However, it looks like the developers and publisher 505 Games are confident enough to offer some brand new gameplay footage during a presentation at PAX South.

For those who aren't aware, OtherSide Entertainment is a small studio made up of veterans of Looking Glass Studios including Paul Neurath, Tim Stellmach, and legendary game designer Warren Spector. The studio has plenty of experience working on the Underworld series. Alongside Underworld Ascendant, they are also currently working on System Shock 3 with the help of Night Dive Studios.

Here's a quick run-down of Underworld Ascendant from its official website:

Underworld Ascendant is the next-generation follow-up to Ultima Underworld, the critically acclaimed series credited with creating the ‘Immersive Sim’ genre and influencing such game series as Bioshock, Deus Ex, Dishonored, Elder Scrolls, and even Minecraft. OtherSide Entertainment, which includes original creators of the Ultima Underworld series, is innovating upon the series’ signature player-authored gameplay in bold new ways.

Return to The Stygian Abyss, a breathtaking fantasy realm, rife with danger and full of intrigue. Journey through the unfamiliar. Unlock your creative potential. Utilize your environment to stack the odds in your favor. Devise the ideal battle plan or dive in and think on your feet.

Each decision holds great opportunity and grave consequence. What you leave behind will be engraved on the lives of others. Assuming you survive…

Check out the new behind-the-scenes video below, along with several new screenshots:

Underworld Ascendant will be released exclusively for the PC via Steam sometime in the second half of 2018.

Underworld Ascendant launches for Steam on November 15; coming to PS4, Xbox One, and Switch next year 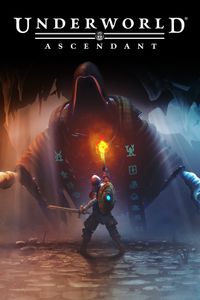