Rejoice MapleStory fans - you can soon experience the MMORPG MapleStory on the go with MapleStory M, an all-new mobile adventure. Based on the original side-scrolling MMORPG franchise, MapleStory M offers the same endless amount of customization, immersive storylines and epic boss raids that fans come to expect from the epic MapleStory franchise.

MapleStory M beta will be available to download until January 30 through the Google Play Store in all regions excluding Korea, China and Japan. To download the game, please visit the storefront here.

Players who partake in the beta will be the first to explore Maple World with five unique characters, team up with friends to explore mysterious dungeons and get a sneak peek into the various customization options, including the all-new forge system.

MapleStory M will have the following features:

Star Ocean: Anamnesis Interview - A Look Into the Global Release

Final Fantasy XIV gets a Game of the Year re-release 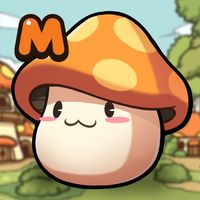