Bandai Namco has gone into full gear this week in promoting the newest game in their popular Gundam Breaker series, New Gundam Breaker, by posting new information about the game at the latest Weekly Famitsu magazine as well as holding a presentation event at Taipei Game Show 2018.

This batch introduces new features that were not in previous Gundam Breaker games, as well as introducing an all-new cast of characters with a new world setting and storyline. You can read more about them right after the jump. 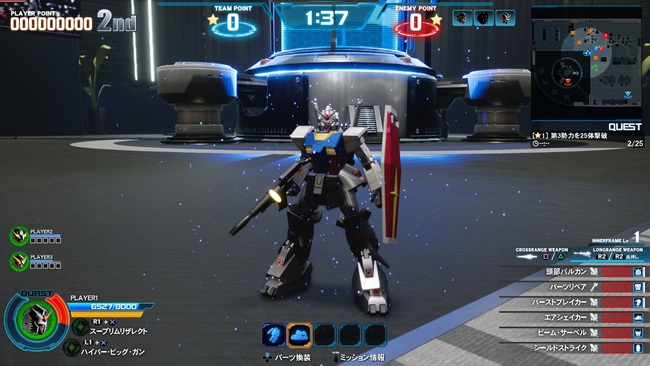 New Gundam Breaker will have a storyline that takes place at the Gundam Breaker Private Academy, an academy which aims to cultivate human resources that are focused on Gunpla production and battles, located inside a large college town. You, as the protagonist, are attending the high school in the second year and will get involved in various incidents that happen in the academy.

The following characters are also introduced:

Unlike the previous game Gundam Breaker 3, which was only localized in English for Southeast Asia, New Gundam Breaker has been confirmed to be out in North America and Europe as well, which means that this game will be released worldwide. It is currently under development using Unreal Engine 4 and is slated for a 2018 release on the PlayStation 4.

You can also watch the world premiere gameplay footage of New Gundam Breaker that was just revealed at Taipei Game Show 2018 right below to get a feel for the new gameplay system.