Bandai Namco holds no brakes in hyping up the hugely anticipated new Gundam game, New Gundam Breaker. After publishing the first information batch last week, they posted another batch at this week's Famitsu magazine that goes more in-depth with the characters and gameplay systems. They even manage to slip in more reveals related to this game when Sunrise announced a new Gundam anime series today. Read on further to check all the new information we have compiled. 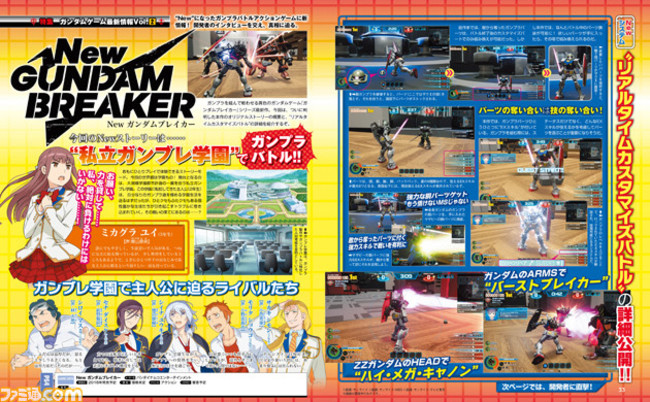 Heroine character - Yui Mikagura (voiced by Nao Touyama)
She is kind towards anyone and cares for students, which makes her popular. She always tries to be stout-hearted, but she also overdid herself sometimes. She also has a weak side of sometimes relying on her childhood friend, the protagonist who is one year younger than her.

Unlike past Gundam Breaker games, EX Skills will be now tied to Gunpla parts. Each part has its own skill, and there are six parts that compose a Gunpla: Head, Body, Arms, Legs, Backpack, and Shield, so a unit can have up to 6 EX Skills at once. For example, the arms part of RX-78-2 Gundam lets you unleash the Burst Breaker attack, while ZZ Gundam's head has its iconic High Mega Cannon as its EX Skill.

Stealing an enemy's Gunpla part will also mean stealing the EX Skill. When constructing a Gunpla for battles, it will be important to consider not only stats but also the skill composition. However, some skills will be locked initially and can only be unlocked after the Gunpla has been leveled up. 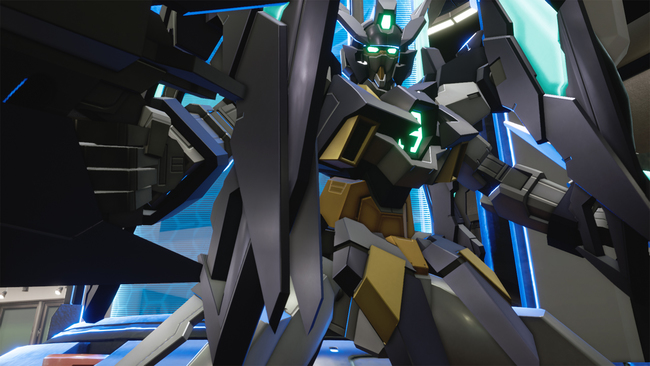 Sunrise has also just revealed a brand-new Gundam anime show titled Gundam Build Divers today, and at the same time announced that one of the mechs from the show, Gundam AGE-II Magnum, is confirmed will be added to New Gundam Breaker. You can see the new Gundam in action in the Prologue episode which is currently available to watch.

In addition to that, New Gundam Breaker will also have a new stage map based on The Gundam Base Tokyo, the real-life Gunpla shop situated at DiverCity Tokyo Plaza in Odaiba (which also has the real-sized Unicorn Gundam statue right outside the building).

The Gundam Base Tokyo in New Gundam Breaker

New Gundam Breaker is currently under development using Unreal Engine 4 and will be released on PlayStation 4 worldwide in 2018.