Shining Resonance Refrain gets an hour's worth of new gameplay footage

During the stream, the team showed off the first English gameplay including the voice acting (which sounds solid). It includes story content, combat footage, some hot menu action, and more.

Check out the hour-long footage below:

Shining Resonance Refrain is scheduled to be released in North America and Europe sometime this summer for the PlayStation 4, Xbox One, Nintendo Switch, and PC. Read the original announcement post for more information. 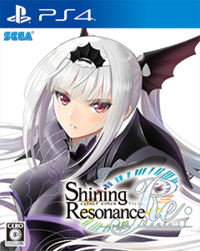