Ghost of a Tale to be released on March 13

Lionel ‘Seith’ Gallat has announced that Ghost of a Tale will finally see a release via PC on March 13th through GOG, Steam and Humble Bundle.

Ghost of a Tale is primarily made by Seith, a veteran of DreamWorks and Universal Studios, who spent five years learning how to make a game from scratch using the Unity Engine.

The action RPG tells the story of a mouse and minstrel named Tilo who gets caught up in a perilous adventure. Set in a medieval world populated only by animals, it puts a heavy emphasis on immersion and exploration while also featuring stealth elements, disguises, conversations with allies and enemies, and 60 different quests.

In honor of the release date announcement, you can check out several new screenshots for the game in the gallery below:

Ghost of a Tale Screenshots

You can also check out the game preview trailer that aired last year:

Ghost of a Tale 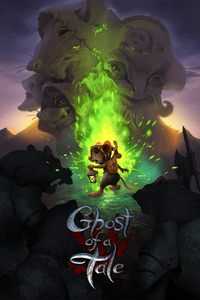