Square Enix has revealed that the recently announced smartphone release of Valkyrie Profile: Lenneth will launch on March 22 in Japan (thanks, Siliconera). There currently isn't an announcement for an English release, but since many of these smartphone ports have made it to the West, this title is probably not going to be an exception.

There are two trailers showing off how the smartphone controls will work in this port: 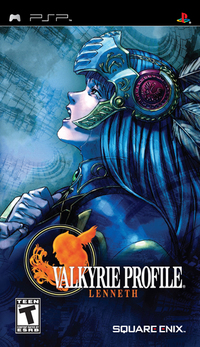