After hinting at the game earlier this week through a teaser website, Arc System Works has officially announced that Wizard's Symphony will be coming out later this year in Japan for the PlayStation 4 and Nintendo Switch.

It is the latest in the Wizard's Harmony series which appeared on the Sega Saturn and Sony PlayStation in the '90s, but it looks like this is acting more like a spiritual successor. In what is being billed as a "training" simulation adventure game set in a fantasy world, the character designs will once again be handled by Moo who helped on the previous titles.

Here is a rundown of the different characters that have been revealed thus far:

Alto is a young man who serves as a "Conductor", someone who helps guide tourists and other folks around dangerous ruins for a living. After the previous leader suddenly disappears, he takes on the role of president for a Conductor company called "M Tours". 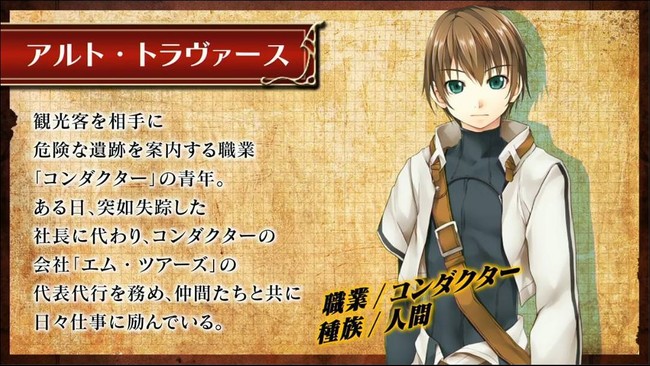 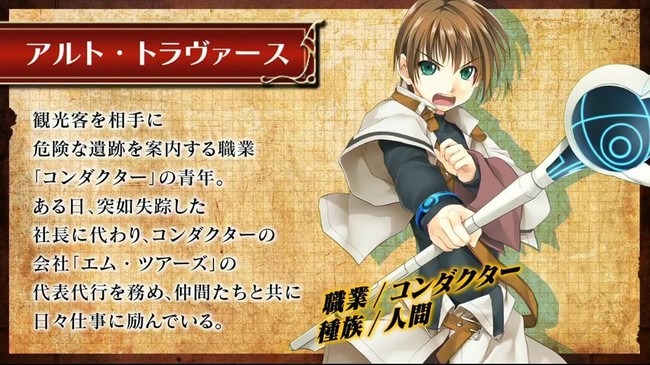 Spike is a young girl who works with Alto. She is known to be bright and optimistic, though a bit reckless at times. As the defender of the group, she draws attacks away from enemies to protect everyone else. 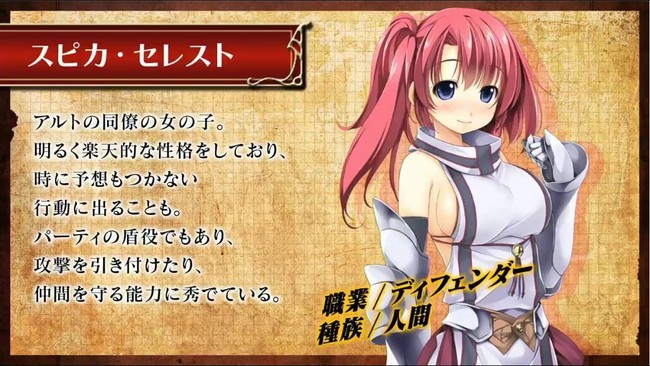 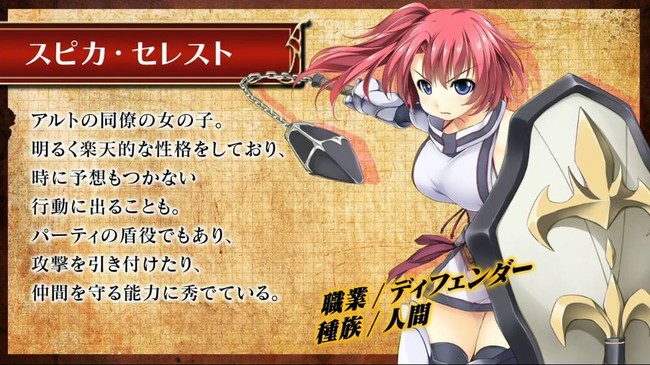 Another one of Alto's coworkers, Merak is a kind and smart personality who approaches everything with a calm, logical demeanor. He specializes in magic during battle. 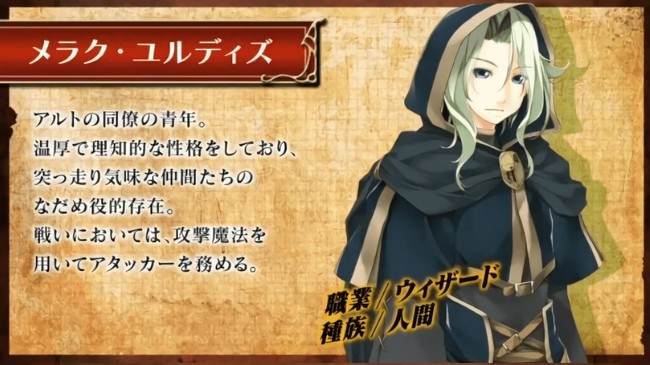 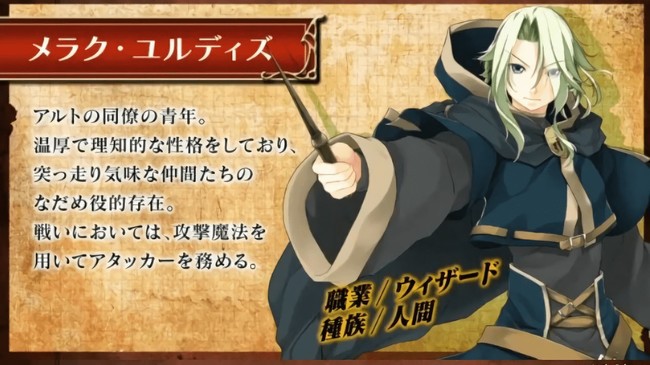 More details regarding Wizard's Symphony will be shared in the April 12 issue of Dengeki PlayStation. There has been no word of a western localization at this time. 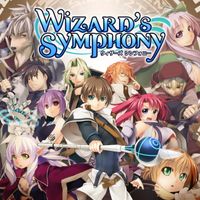