Cathedral of the Sacred Blood

A bizarre holy corridor floating on a hollow ground. Its complicated and mysterious structure repels trespassers, luring them into infinite distance. The interior of this corridor is comprised of complex passages and stairs which have floors and pillars engraved with beautiful reliefs. 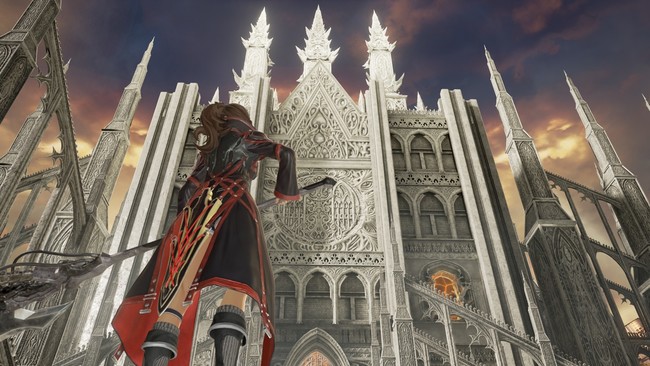 The Successor of the Ribcage

A wolf-like Successor lying in wait at the Cathedral of the Sacred Blood. It already lost its consciousness as a former human, but it will appear to confront the player as if it is guarding a door that connects to the deeper parts.

This boss is one of the Successors, people who inherit bodies of the Queen. Even when the Queen's body has been split into numerous parts called Divine Husks, they cannot be turned to ashes as they have completely assimilated with parasites just like the Losts. In order to nullify the Queen's infinite regeneration, the only method known is to fuse the Husk with somebody else's flesh. 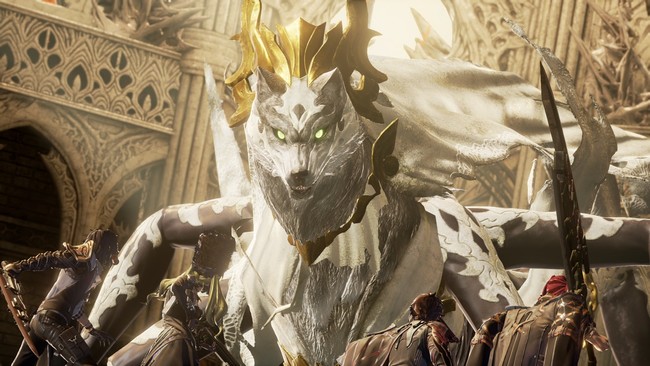 Jack has another objective to find Revenants suitable for becoming Successor candidates. In addition to having high compatibility, these candidates must also have a strong will. If they show signs of going berserk, Jack would put them out of misery with his own hands.

Even when a Succession goes well, it would cause the Revenant's body to change shape as they wouldn't be able to resist the corrosion caused by the Divine Husk. 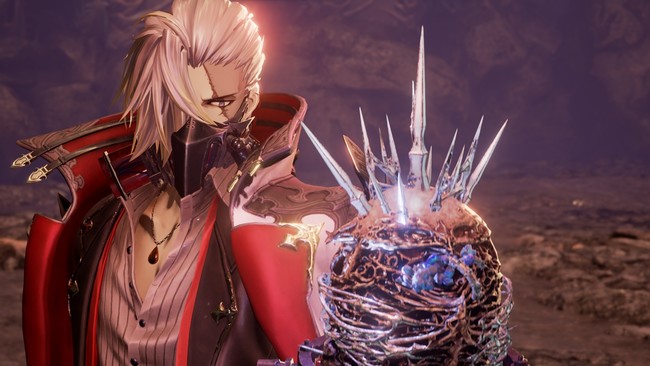 Jack's Buddy traits
Jack will actively get close to fight in melee combat. He has high mobility and good evasion techniques so he rarely takes damage. He focuses on offense and evasion with his Gifts: Blood Shot which lets him attack from far range, and Active Record which increases stamina limit.

Examples of Gifts used by Jack
Active Record: Temporarily raises the max stamina of the user & companion, and heals their stamina to the max.
Blood Shot: Turns the blood power into big bullets and shoots them 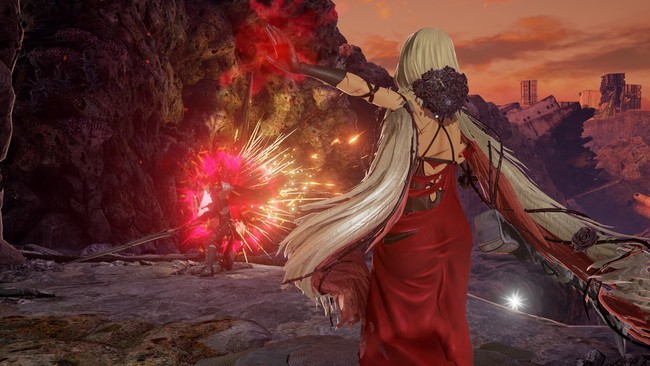 Eva's Buddy traits
Eva mainly supports from far range by mainly shooting bullets from her Gunblade. She can deal huge damage even from far range thanks for her offensive Gifts, Blood Shot and Bleed Roar.

Examples of Gifts used by Eva
Authority: Temporarily increases the speed of using Gifts for both the user and companion
Bleed Roar: Creates stained blood blades and hurls them towards the target

Co-Op Gift with Eva (available when she is your Buddy)
Limited Song: Temporarily raises consumption rate of Dark Blood in return for increasing Bloodsucking and Gift abilities.

You can find all screenshots in the gallery below. Some of these new screenshots showed the game's prologue scenes. Code Vein is set to release later this year for PlayStation 4, Xbox One, and PC. You can find information regarding Home Base here, and distress signals here.