Magical Passcode 1111 is a darkly lighthearted free-to-play adventure in which a young boy named Spellenya, the last of a magical race once thought annihilated in a war with the humans of the world, must team up with a human girl named Nefaria to get to the root of a new threat looming over the land.

Here is a rundown of the game from Hotel Chromatic:

As you explore the vivid, colorful world brought to life through a combination of detailed JRPG style with cute and clever pop-up storybook animations, you’ll build a collection of powerful Magi, strong-willed creatures that you’ll use to fight your magical battles against increasingly more fierce and deadly enemies.

You’ll have to grow closer to these magical creatures and unlock their full power as you unravel the emerging mystery of the rising new threat against the world!

You can download the game for iOS via the Apple Store and on Android through Google Play.

Here is the release trailer for Magical Passcode 1111:

Finally, we have a batch of screenshots you can check out below:

Bravely Archive now available in English for iOS and Android

Final Fantasy IV: The After Years now available on iOS and Android 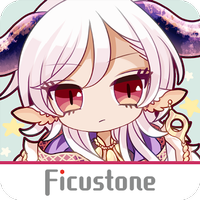