During today's E3 Direct Presentation, Nintendo revealed the upcoming story DLC for Xenoblade Chronicles 2 titled Torna - The Golden Country. This content is available for players who own the Expansion Pass and will be available to download on September 14. The Japanese website for the DLC has opened here. [Update: The English Website is here.] 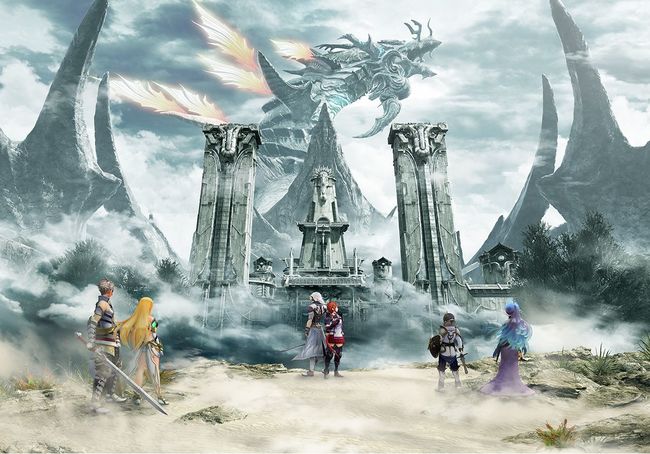 A new trailer shows the past that occurred 500 years before the main events of Xenoblade Chronicles 2, showing the history of Addam, Jin, Mythra, Malos, Lora, and more.

The DLC offers a new map to explore on the Tornan Titan, as well as the explorable city of Torna. The combat system in the expansion is slightly different from the main game, allowing the player to control both the Driver and Blade. There are also new music tracks specifically made for the DLC content.

UNCOVER THE FULL STORY OF JIN AND THE FALL OF THE KINGDOM OF TORNA!

Xenoblade Chronicles 2, the critically acclaimed role-playing game available only on the Nintendo Switch system, is getting major new updates through the Expansion Pass.

Expansion Pass owners will also gain access to a new story mode entitled "Xenoblade Chronicles 2: Torna — The Golden Country". In this new mode, uncover the full history of Jin and the fall of his homeland that took place 500 years before the events of Xenoblade Chronicles 2. The newly refined combat system lets you take control of both Driver and Blades as you explore a new Titan, the Kingdom of Torna.

A retail packaged version of Torna - The Golden Country will also be able to be purchased separately on September 21. It contains the same stand-alone story that is offered in the DLC, and will cost ¥3,980 in Japan. Western cost and availability are uncertain at this time, but usual currency rates indicate it will likely cost around $30-$40. This package does not include the main Xenoblade Chronicles 2 game.

The North American website indicates that the stand-alone package includes a download code for the Expansion Pass as a whole. Stay tuned for more details. 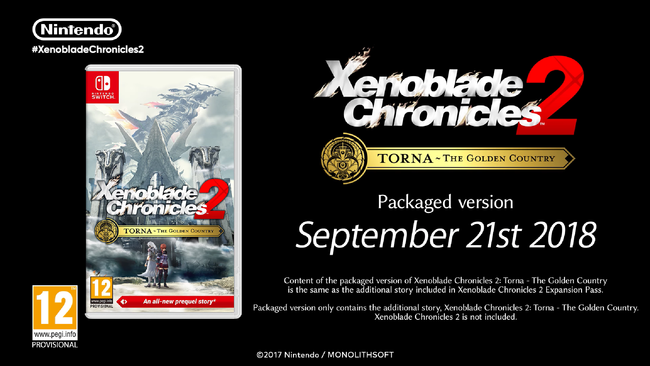 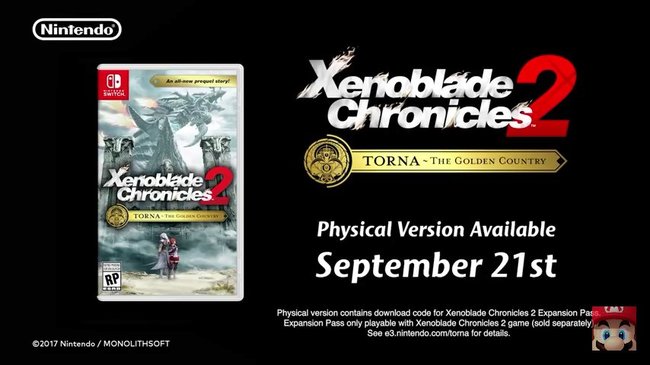