Digimon Survive revealed, coming to PlayStation 4 and Nintendo Switch in 2019

Bandai Namco has just formally revealed a brand-new Digimon game for consoles, which is titled Digimon Survive. This is a survival strategy RPG where the player's choices during conversation events will determine story branches and even the Digimon's evolution branches during battles.

Although Bandai Namco is going to show the first footage of the game at the Digimon Thanksgiving Festival 2018 in Japan on July 29, some preliminary information is already available from the latest V-Jump magazine issue, which also just came out today in Japan.

The player will assume the role of Takuma Momotsuka, a 2nd-year middle school student who suddenly got lost in a parallel world while he was attending a camp picnic. He soon partners with Agumon, a mysterious monster who will help Takuma survive the harsh environment of this parallel world which is infested by ferocious creatures and eventually bring him back to his own world. 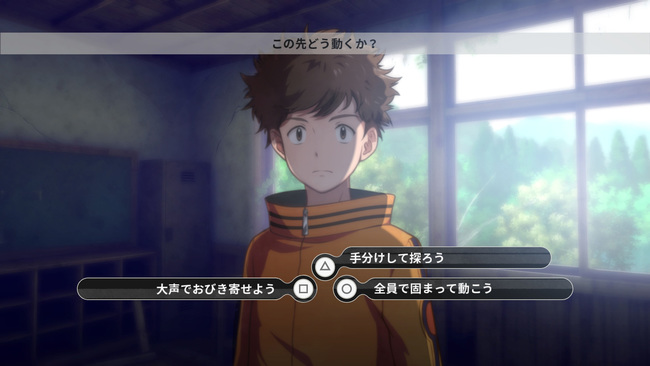 Digimon Survive uses a combination of 2D and 3D for its graphics. Despite using 2D illustrations, the development team manages to enhance the graphics with space rendering, so they will be able to depict dramatic stories and intense battle in this fantasy parallel world. Characters in this game are being designed by Uichi Ukumo, and the music will be composed by Tomoki Miyoshi, who recently made the soundtracks for I Am Setsuna and Lost Sphear.

Other than the branching conversation events, this game also has an adventure part which is done in a point-and-click style, where Takuma will be able to thoroughly examine fields to find hidden keys to progress the story.

Battles in Digimon Survive are done in SRPG style with square grid maps, where players will give orders to their partner Digimon to move and attack enemies. Each Digimon has EP (Energy Points) that will be consumed to make movements. Proper management of EP usage and Digivolutions will be the key to winning battles in this game. 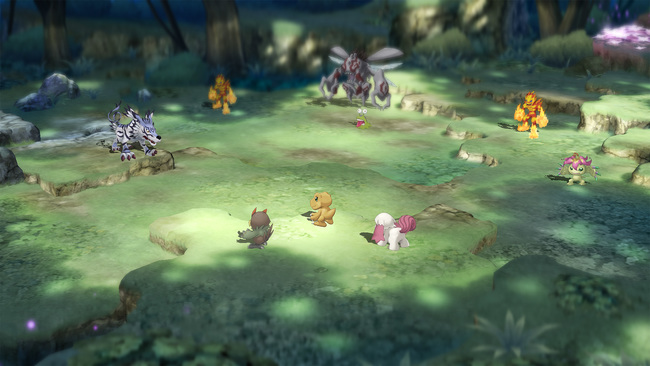 Digimon Survive is set to release for PlayStation 4 and Nintendo Switch in 2019 in Japan. A localization has yet to be announced.