Bandai Namco has announced that Ni no Kuni II: Revenant Kingdom will receive a free 'Adventure Pack' add-on on August 9, which includes new floors and bosses to the post-game Faraway Forest Cave Dreamer's Door. Those who complete these new challenges can get unique items and new costumes. 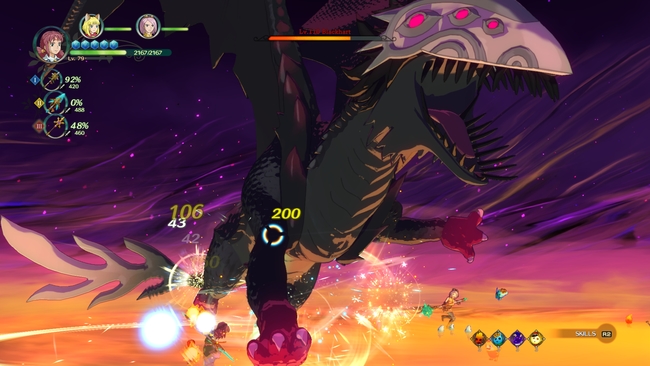 Bandai Namco has also finally provided more details about the Season Pass content that has been mysteriously unspoken to until now. While details are still sparse, we can expect to the see two DLC packs for those who have purchased the game's Season Pass: a new dungeon which launches this Winter and a story expansion which launches in early 2019.

Find an overview and set of screenshots below. A recent free update to the game added Hard and Extreme difficulty options.

Adventure Pack DLC #1 – A new challenge for experienced players. The Adventure Pack adds additional floors to the Faraway Forest Cave, two new bosses; Blackhart and Zeta, and new quests that will be unlocked after completing the game’s story. Evan and his friends will find new costumes and additional rewards to acquire in the Adventure Pack, which will be free to all Ni no Kuni II: REVENANT KINGDOM players.

(Season Pass) DLC #2 – Available this winter, this DLC will feature a brand new enigmatic dungeon for players to explore. Evan and friends will plumb the depths of this cryptic dungeon facing increasingly stronger enemies while trying to reach its deepest levels. The journey will be difficult, but the reward will surely be worth it!

Explore Hydropolis in this new trailer for Ni no Kuni II: Revenant Kingdom