Ahead of an official announcement, Forbes has revealed that Diablo III is coming to Nintendo Switch later this year, and will feature some exclusive Nintendo-themed content [linked now removed]. With the announcement embargo now broken, sites like Kotaku have confirmed the information.

Titled Diablo III Eternal Collection, the Switch port will reportedly include all the main Diablo III content, including both the Reaper of Souls expansion and the Rise of the Necromancer pack. Exclusive to the Switch version will be a cosmetic armor set that allows the player to look like Ganondorf from The Legend of Zelda, a Triforce-themed portrait frame, Cucco pet, as well as something called "Echoes of the Mask" cosmetic wings. The game will be priced at $59.99. 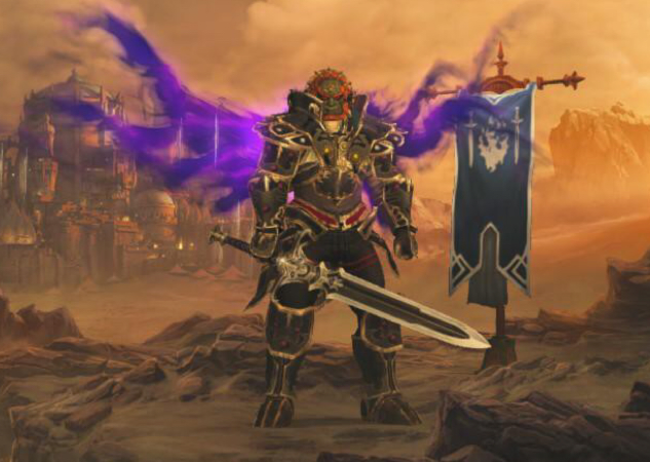 The game will have several options for multiplayer gameplay. Up to four players can play either locally on a single switch unit, locally on separate Switch units ad-hoc, or online through the Nintendo Switch Online service. The game will also support cloud saving functionality through the same service.

We'll have to wait until later this week to get more details and media from the official announcement.