Death's Gambit is getting a physical version for the PlayStation 4

Update: It appears the source of the news, Variety, got some important facts wrong. Adult Swim Games has tweeted out that Death's Gambit WILL NOT be coming to the Xbox One or Nintendo Switch. Actually, the big reveal was that the PlayStation 4 version is getting a physical release. That's it.

Original Story: Adult Swim has announced, through a partnership with Skybound Games, Death's Gambit, the 2D pixel-based action RPG from developer White Rabbit inspired by titles like Dark Souls and Shadow of the Colossus, will be heading to the Nintendo Switch and Xbox One either late 2018 or early 2019 in both physical and digital formats. The PlayStation 4 version, which was released digitally last week, will also be receiving a physical version for that platform. It appears Variety may have conflated the info regarding Hollow Knight coming to Xbox One and PS4 (it's already available on Switch) with the news about Death's Gambit. Check out Skybound Games' press release for more.

Here's a rundown of the game care of the publisher: 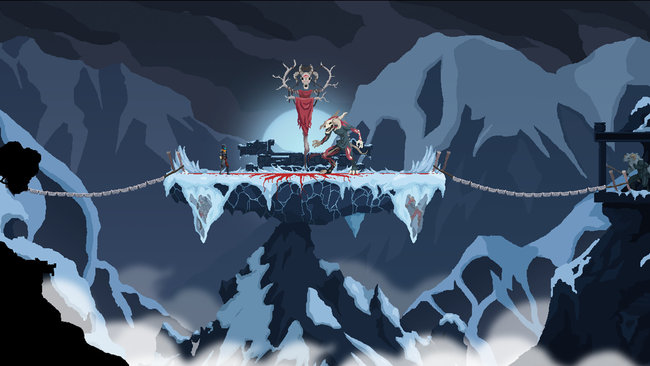