Biomutant gets 30 minutes of new footage from Gamescom 2018

As you may already know, Gamescom 2018 is currently happening. Since it's Europe's biggest gaming event, THQ Nordic has released over 30 minutes of footage stretched across multiple videos all showcasing their upcoming open-world, post-apocalyptic title Biomutant. The game will feature a unique martial arts-styled combat system that allows you to mix up melee, shooting, and a variety of mutant abilities to take down your foes.

Here is a full rundown of the features in the game provided by the publisher:

First up, we have a trailer for the game:

And here are two videos showcasing the gameplay featured in Biomutant:

Finally, here is a collection of new screenshots provided by THQ Nordic:

Update: THQ Nordic has announced Biomutant has been delayed until summer 2019 for PlayStation 4, Xbox One, and PC. Sort of explains the low profile the game has had, doesn't it? 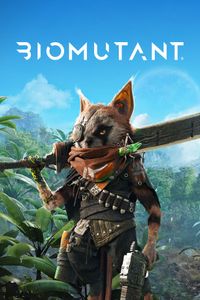