Ever since THQ collapsed and had to be sold off, a relatively unknown company by the name of Nordic Games stepped in and started to buy up a variety of the company's properties. This set off a series of acquisitions that extended far beyond what THQ had been offering to include IPs from other businesses, such as last month's announcement they had picked up Timesplitters and Second Sight.

Now, THQ Nordic has its sights set on the resurrection of a sleeper hit, and that's through acquiring the rights to Kingdoms of Amalur, a name wrought with a challenging history revolving around its original development team of Big Huge Games and its parent company 38 Studios. While THQ Nordic hasn't shared exactly what it plans to do with the property, we imagine it will involve bringing the title to current-gen platforms along with other potential updates including a sequel.

No word on whether they'll also pick up Project Copernicus, but they did say they have "picked up other assets" from the studio. 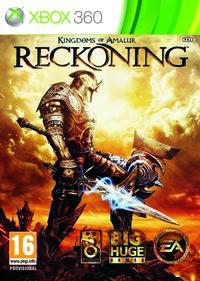