After months of silence following a rather troubled beta period, NIS America has announced that Disgaea 5 Complete will be launching for PC via Steam.

Much like before, the team will be collaborating with computer hardware company Alienware to use their new Alienware Arena account to disperse special demos for the title for those interested in trying out the game before its release. You can sign up for an account here and start playing it today.

For those unfamiliar, here's a full rundown of the PC release:

Disgaea 5 Complete tells a tale of revenge and rebellion. As a new and terrible Overlord named Void Dark seeks to enslave the countless Netherworlds, one young demon has stood to end his reign—Killia. In Disgaea 5 Complete, lead Killia and his tenacious army of rebels on their dark and dangerous path to vengeance. Filled with more over-the-top action and hilarious writing than ever before, Disgaea 5 Complete’s damage numbers are surely headed for the record books.

Disgaea 5 Complete is a strategy RPG that offers hundreds of hours of over-the-top, award-winning gameplay. The game includes all 8 bonus scenarios, 4 fan-favorite characters, and 3 character classes that were originally DLC in the PlayStation®4 release of Disgaea 5: Alliance of Vengeance.

Aim for the top in this crazy, nonstop strategy RPG of ridiculous proportions! 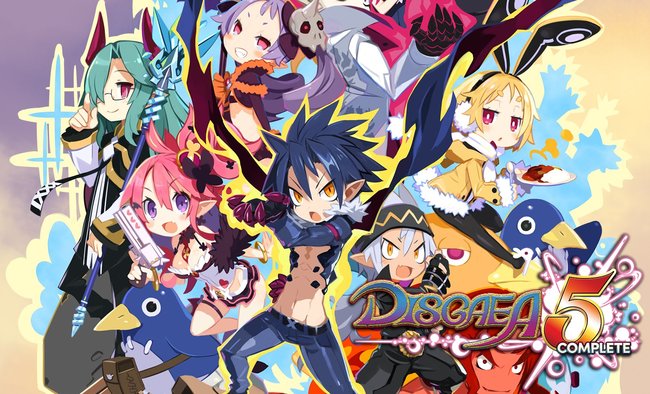 Disgaea 5: Complete is heading to Steam on May 7

Disgaea 5: Complete set to release in May for Nintendo Switch