Piana returns in Atelier Lulua: The Scion of Arland as Lulua's teacher

Update (November 9): This article has been updated with direct-feed screenshots and artwork. The full set can be found in the gallery. The gallery also includes some teaser silhouettes of characters yet to be revealed...

Original: Gust has a new information batch on the upcoming mainline Atelier title, Atelier Lulua: The Scion of Arland, in the latest Weekly Famitsu magazine issue. It has an interview with producer Junzo Hosoi and character designer Mel Kishida while also introducing two characters that will make their appearances here. 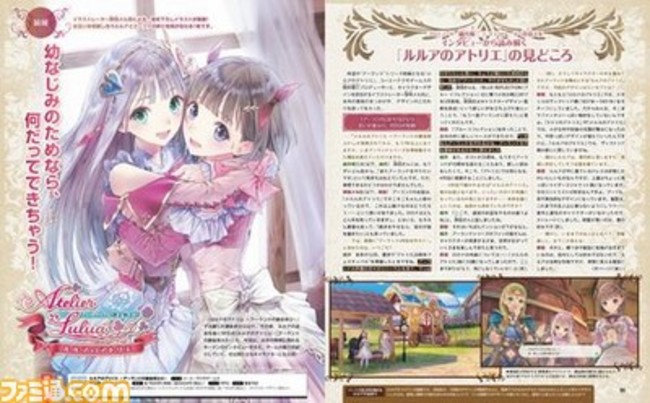 The first character introduced here is Piana, who is returning from Atelier Totori. She has already grown up, becomes a bona fide alchemist herself after following Totori, and is now assuming the role of Lulua’s teacher. 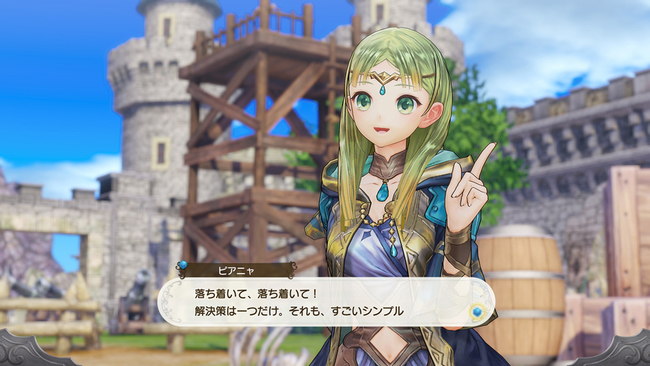 Kishida noted that originally Piana wasn’t supposed to appear too often in Atelier Totori, but as the scenario writer liked her design, she ended up getting more spotlight in the second Arland title. Kishida also remembered that, as Piana was supposed to come from a very faraway village, he was ordered to make her look rather Celtic and Nordic in Atelier Totori. With her reappearance in Atelier Lulua, he was told to make her grow up directly while also making her look more like an alchemist.

The other character in this batch is a new character. Christoph Aurel Arland (nicknamed Aurel) is a genius swordsman who is currently training hard to surpass a certain man. Although he has a cool personality, he tends to become extremely helpful whenever there is someone in trouble. 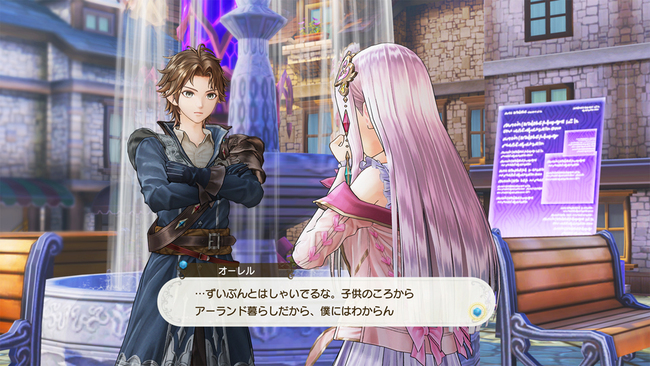 Considering Aurel’s full name, it is highly assumed that he could be related with a certain character from the series (namely, Ludwig Giovanni Arland). When asked if Aurel was intended to be designed based on that character, Kishida answered that while he did consider some things like the hair color, he didn’t really intend for that strongly. He is a young character who looks cool and handsome, and Kishida also noted that he is very confident of himself. When Kishida likens him to a shoujo-manga male character, Aurel would act as a stalking horse at first but should later become the main favorite at the end.

Hosoi also noticed that Kishida finished designs for male characters much quicker than females this time. Perhaps because he had drawn too many female characters in Blue Reflection, he ended up running dry on ideas. On the contrary, as he has not designed as many male characters recently, he has a lot of things he wants to do with them, which is why he is having fun in this subject. 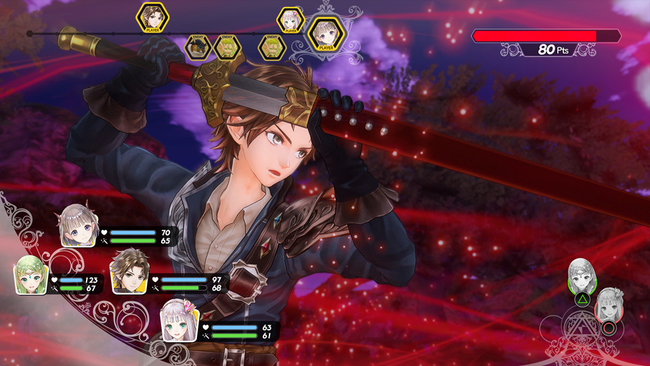 The interview also delves deep on how Atelier Lulua comes to fruition. Hosoi and Kishida decided to start working on a new Arland title at a conversation during the Atelier 20th Anniversary Festival held in December 2017, after seeing the rehearsal of Arland series voice actors for the event. Hosoi also noted that as Gust is on its 25th anniversary and the Arland series is also going to have its 10th anniversary soon, they want to have a new challenge by making the fourth game to a sub-series – which was unheard of in the whole Atelier series as all of its sub-series were formed as trilogies until now.

And when asked about Atelier Lulua’s design concept, Kishida first went back to Atelier Rorona where he reminisced how its motif was based on the 1837-1901 Victorian era, but Atelier Totori and Atelier Meruru had more medieval-like designs as those games took place in smaller villages and kingdoms. For Atelier Lulua, Kishida confirmed that the design style will be back to the Victorian era. 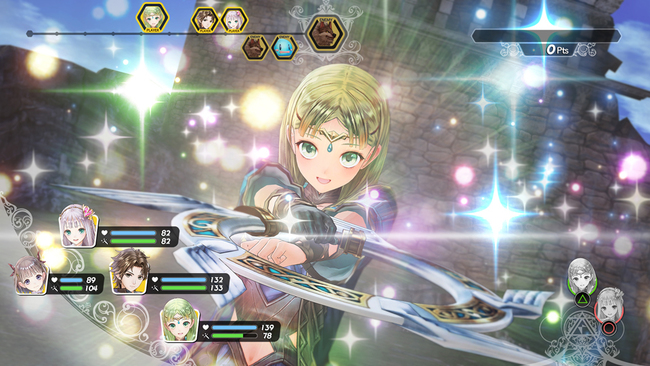 Gust’s Atelier Lulua: The Scion of Arland, which has just been revealed last month, is going to be released for PlayStation 4, Nintendo Switch, and PC via Steam in Spring 2019.

Atelier Lulua: The Scion of Arland releases in Japan on March 20; first trailer

Sterkenburg Cranach is confirmed returning in Atelier Lulua: The Scion of Arland 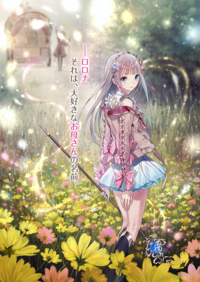