ZLONGAME, a relatively new online game developer based out of Beijing, China, officially announced today that it will be releasing Langrisser Mobile, a mobile game developed by Masaya Games based on the classic RPG series Langrisser, to worldwide markets. A small-scale test will launch soon with an intended official release date sometime in 2019.

Here's a rundown of the game provided by ZLONGAME:

Langrisser Mobile retains the classic turn-based strategic gameplay of the original series, with class suppression, terrain effects, and unique class trees for a customizable battle experience. Featuring more than 300 classic levels, an unforgettable score by original series composer Noriyuki Iwadare, and all of the heroes from the main series, Langrisser fans, new and old alike, can experience the epic showdown between light and dark with other players around the world in real-time.

Developed by Japan's Masaya Games, the Langrisser series debuted in 1991 and has long been regarded as one of the two titans of tactical turn-based combat, along with Nintendo's Fire Emblem series. With a story spanning five generations of games, it introduced the soldier system and class transfer to the genre, as well as wowing players with stunning battle effects that were very much ahead of their time.

The mobile phone industry has developed in leaps and bounds over recent years and the mobile game industry has naturally developed in tandem. ZLONGAME has been authorized by Langrisser's current copyright holder, Extreme, to develop the latest installment of this well-known series, and it is also the first time this series has appeared on mobile platforms. The game first launched in China in August of this year, occupying a top 5 spot in the App Store for a month and receiving much praise from players.

Regarding the launch of Langrisser for mobile, CEO Wang Yi stated: "Tactical games have always been one of the most brilliant genres in the history of gaming, and mobile platforms can be utilized to provide a complete and first-class gaming experience to tactical battle fans. Nintendo's Fire Emblem: Heroes has proven that tactical RPGs can excel on mobile, and we believe that Langrisser, with its equal standing in tactical RPG history, will win the hearts of strategy gamers around the world. We're all looking forward to seeing how Langrisser performs and where we can take the series next."

Check out a new trailer that accompanied the game's press release:

Finally, here is a collection of screenshots: 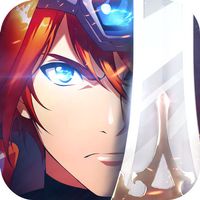