Obsidian Entertainment originally shared the DLC schedule for Pillars of Eternity II: Deadfire before it released in May. While the last listed DLC, The Forgotten Sanctum, was originally slated to arrive in November, it seems like it slipped just a bit from the initial plan.

A Steam Page for the last DLC has gone up, and we can see that the final DLC will release on December 13. Along with the content update will be a 4.0 patch that will add more superboss options to the base game as well as new Magran's Challenges. 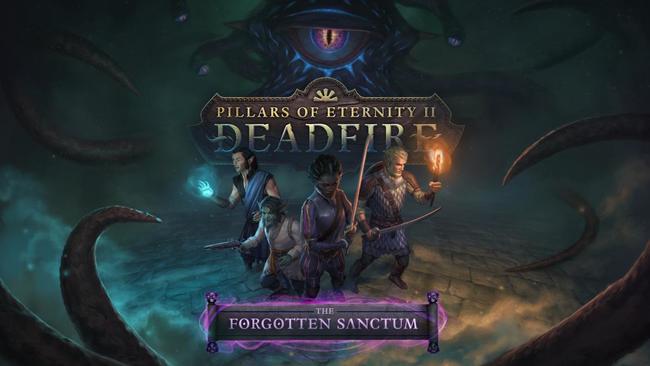 While it's nice to see the last DLC is only 3 weeks away for PC players, it's still a bit puzzling that we haven't seen hide nor hair of the console ports which were announced way back in February without any update since. It's not clear if Microsoft's acquisition affected plans in any way, but we'll obviously stay on top of it if the situation is ever elucidated on.

In any case, check out the blurb below describing the final DLC and 4.0 content:

“The Forgotten Sanctum” brings a new adventure to the Deadfire Archipelago as the Archmages of Eora seek the Watcher to assist in keeping a potential catastrophe that looks to be set by a fellow Archmage at bay. With new quests and an immense dungeon to explore, the Forgotten Sanctum awaits those brave enough to enter.

Alongside "The Forgotten Sanctum" comes the 4.0 update patch for Pillars of Eternity II: Deadfire. This update brings with it a host of new features, additional God Challenges, and two new Mega Bosses for Watchers and their crew to battle against.

The final paid Deadfire DLC will launch on December 13th for $9.99 and is also included as part of the Season Pass and in the Obsidian Edition of Pillars of Eternity II: Deadfire.

You can read our reviews for Beast of Winter and Seeker, Slayer, Survivor to see what we thought of the first and second DLC offerings.

Pillars of Eternity II: Deadfire to have a physical version