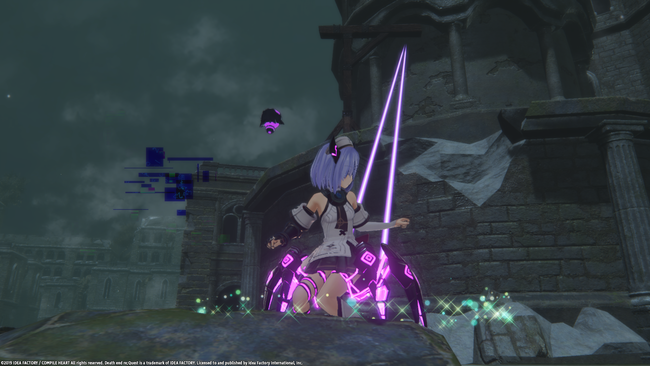 Find a description from Idea Factory below, and screenshots in the gallery.  In case you missed it, you can check out recently released battle system screenshots and a trailer.

Death end re;Quest is set to release on February 19 in North America and February 22 in Europe for PlayStation 4

When exploring the mystical dungeons of the World's Odyssey, players will come across areas filled with impossible gaps, high-to-reach places, and even molten lava. With character-specific Bug Skills, players can access these areas with ease!

Bug Skills are unique skills that each party member in World's Odyssey can use to traverse through impossible gaps, high places, and even molten lava. Check out each character's unique Bug Skills below!