Destiny Child to be available globally in English in December 2018

LINE Games has revealed that the mobile game Destiny Child will be available globally soon. Destiny Child is a Narrative CCG (Collectible Card Game) RPG developed by Korean game studio Shift Up, featuring work by illustrator and game designer Hyung-tae Kim who is also known for his designs in Magna Carta and War of Genesis 3. Destiny Child was first released in its home country South Korea in October 2016 before it was brought to Japan in November 2017.

Destiny Child has become very popular in the mobile gaming community thanks to the Live2D animated characters. Another appealing point of Destiny Child is the soundtrack composed by ESTi, a Korean composer who has written songs for not only DJ MAX series but also Namco games such as Ridge Racer 7 and The Idolmaster series. The theme song, in particular, is sung by Shihoko Hirata of Persona 4 fame.

Destiny Child's global release is currently being set for December 2018, and characters in this version will be voiced in Japanese by a stellar list of voice actors and actresses which include KENN, Ami Koshimizu, and Tomoyo Kurosawa. The global official site is available in not only English but also French, Thai, and Traditional Chinese. If you have an Android device, you can pre-register at Google Play Store. There is also a Share Gacha event where you can get a chance to obtain five-star Childs by linking your Twitter or Facebook account at this page.

Come and Meet your "Destiny Child"

* Attractive Childs who protect only for you!
: Challenge to be the best Master with Childs!
: Charming Childs will be with you for the challenges!

* The special stories to stimulate your emotions!
: Variety of Childs live in Live 2D, and fascinating stories about each Child ..
: Check the stories of Childs at the Destiny Child now!

* Simple play but full of fun!
: Defeat the opponent to attack weakness, and use the most powerful Drive skill!
: Fill the skill gauges and attack!, Fever Time!
: Simple play with various strategies!

* Variety of contents that can't be missed!
: Devil Rumble! Compete against other candidates!
: Underground! Challenge to your the limit!
: Event dungeon! Change themes every day!
: Explore! Adventure all around the world!

Shenmue III to be published globally by Deep Silver 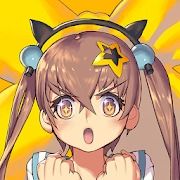